The poster, "Auspicious Monsters in Journey to the West 西游记“ 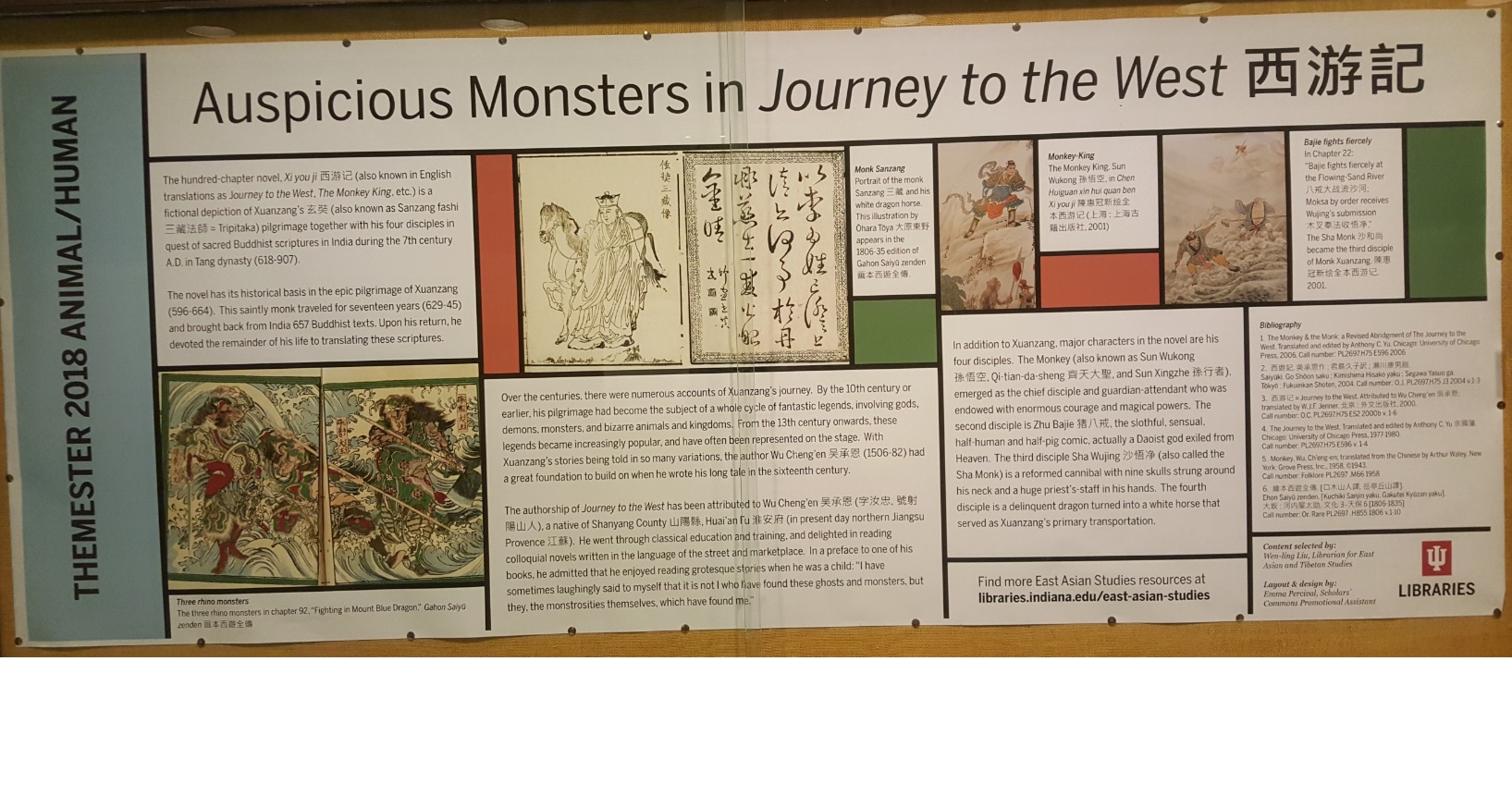 The novel has its historical basis in the epic pilgrimage of Xuanzang.  This saintly and beloved monk traveled for seventeen years (629-45) and brought back from India 657 Buddhist texts.  Upon his return, he devoted the remainder of his life to translating these scriptures.

The major characters in the novel, in addition to Xuanzang, are his four disciples. The Monkey (also known as Sun Wukong 孫悟空, Qi-tian-da-sheng  齊天大聖, and Sun Xingzhe 孫行者), emerged as the chief disciple and guardian-attendant who was endowed with enormous courage and magical powers.  The second disciple is Zhu Bajie 猪八戒, the slothful, sensual, half-human and half-pig comic, actually a Daoist god exiled from Heaven.  The third disciple Sha Wujing 沙悟净 (also called the Sha Monk) is a reformed cannibal with nine skulls strung around his neck and a huge priest’s-staff in his hands.  The fourth disciple is a delinquent dragon turned into a white horse and served as Xuanzang’s primary transportation.