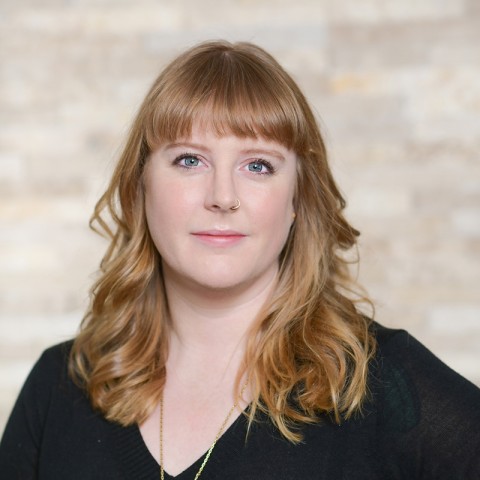 As Map & Spatial Data Librarian, Theresa Quill is responsible for supporting research and teaching in the areas of maps, Geographic Information Systems/Science (GIS), and spatial data, liaising with the Department of Geography, and managing collections for these areas. She teaches a workshop series on digital mapping called Cartoshop. One of the accomplishments she is most proud of has been the creation of GIS Services through the Libraries that are open to students, faculty, and staff of all disciplines. As a central place on campus, IU Libraries offers discipline-agnostic training and support for GIS through research consultations and workshop series.

Theresa's research interests include humanitarian mapping, critical cartography, and spatial humanities. She has published on hosting humanitarian mapathons and created a spatial humanities project, The Sun Also Rises: A Drinking Map, mapping the locations and progression of drinking in Hemingway's The Sun Also Rises.  A focus of Theresa's work is making maps and spatial data open and accessible. She has managed several map digitization projects, including the Russian Military Topographic Maps, for which IU Libraries won an "Excellence in GIS" award in 2019. She also serves on the Big Ten Academic Alliance Geoportal task force.

She is active professionally, having been elected to the Board of Directors of the Indiana Geographic Information Council (IGIC) in 2018 and elected secretary in 2019. She also serves as a member of the North American Cartographic Information Society (NACIS) and on the editorial board of the Journal of Map and Geography Libraries (2018-). Theresa was profiled in a 2016 article appearing in The Atlantic: "A Snapshot of a 21st-Century Librarian."

Theresa is committed to increasing diversity and representation in the print map collection, which contains a small but growing collection of maps produced by indigenous cartographers, female cartographers, and other under-represented voices in cartography that may represent alternative views of a place.

Previous to joining the Libraries, Theresa served as a Peace Corps volunteer in Bulgaria from 2008-2010. She earned her Master of Library Science degree from Indiana University Bloomington in 2013, and holds a Bachelor of Arts in International Affairs from the University of Georgia (2007).