Voices from the past protected for the future 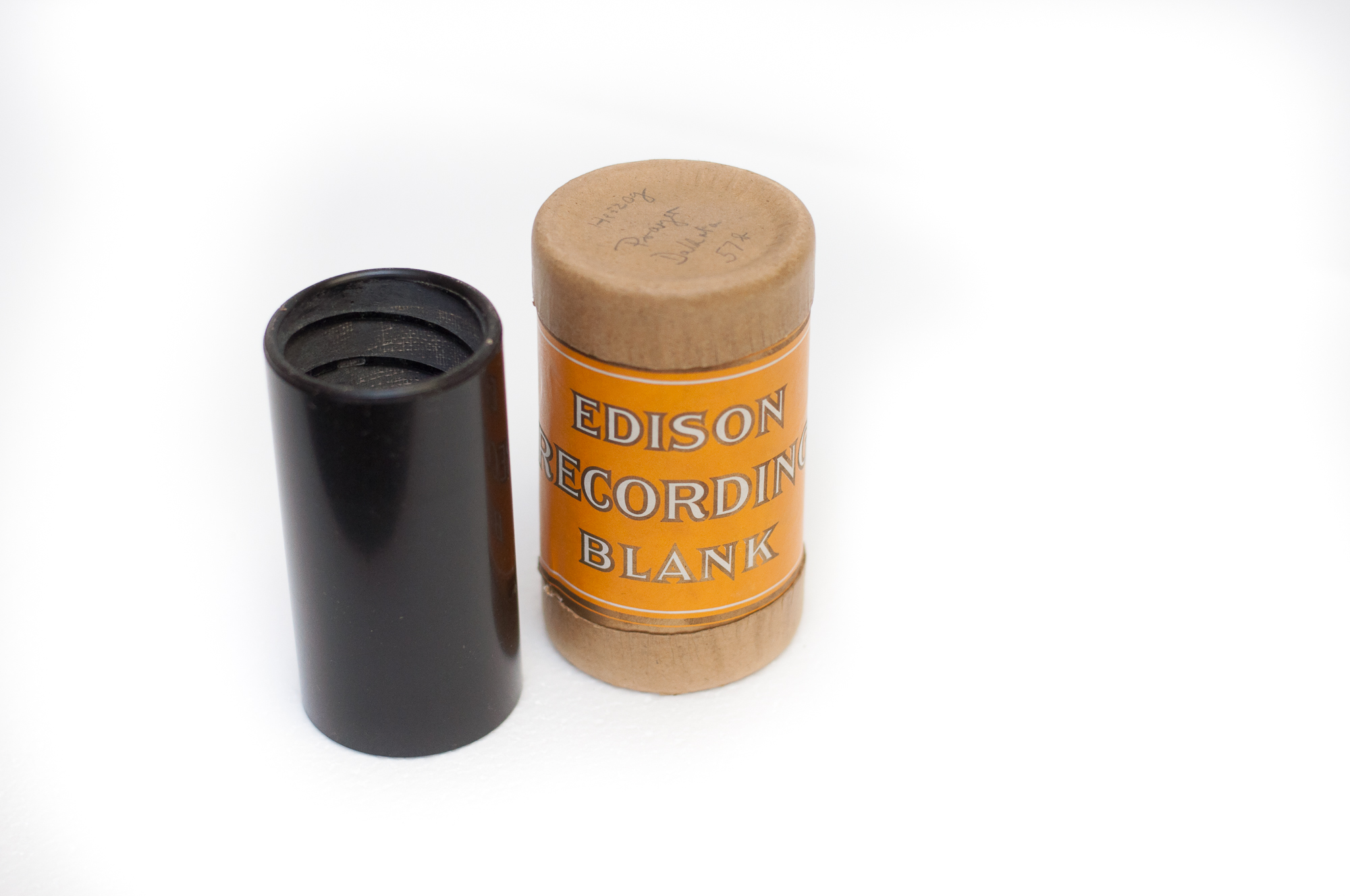 In 1928 researchers made 195 wax cylinder recordings at Fort Yates, North Dakota on the Standing Rock Indian Reservation. Thanks to a national effort to preserve America’s sound recording heritage, the Native American music preserved on those cylinders is now part of the National Recording Registry.

IU Libraries Archives of Traditional Music safeguards the delicate cylinders, now nine decades old, and recently digitized them in collaboration with the University’s ambitious Media Digitization and Preservation Initiative with funding from the National Endowment for the Humanities. This collection at IU  is one of 25 historically and culturally significant recordings added to the National Recording Registry this year.

“These recordings are unique, they don’t exist anywhere else,” said Alan Burdette, Director of IU Libraries Archives of Traditional Music. “The inclusion of this collection in the Registry is an important recognition of Native American music recordings in our national heritage” he said.

With the 2018 announcement, the total number of items on the Registry reaches 500, six of which are held by the Archives of Traditional Music at IU.  The Registry was initiated by Congress with the 2002 National Recording Preservation Act to maintain and preserve sound recordings that are culturally, historically, or aesthetically significant.

“This unique trinity of historic, cultural and aesthetic significance reflected in the National Recording Registry each year is an opportunity for reflection on landmark moments, diverse cultures and shared memories--all reflected in our recorded soundscape,” stated Carla Hayden, Librarian of Congress, in a release issued by the Registry to announce its selected 2017 additions.

“Each year only  25 recordings are added to the Registry and most of them are well-known commercial recordings,” said Burdette, “The inclusion of the Standing Rock field collection on the Registry demonstrates the national cultural significance of sound recordings held at IU.”

George Herzog was an ethnomusicologist, anthropologist, and linguist who joined the Indiana University anthropology faculty in 1948 and brought with him a large collection of recordings, including those he made at Standing Rock for the American Museum of Natural History. He later founded the Archives of Traditional Music at IU. According to Burdette, “Because Herzog was interested in cultural change, his Standing Rock recordings not only documented old songs, but he also asked singers to record songs that were new in 1928.”

Thanks to a grant by the National Endowment for the Humanities, in 2017 IU digitized Herzog’s recordings directly from the source for the first time. In total, IU’s Media Digitization and Preservation Initiative (MDPI) will digitally preserve 7,000 wax cylinders held at the Archives of Traditional Music through this grant.

Listen to audio samples of the Standing Rock recordings

About Archives of Traditional Music:
The  IU Libraries Archives of Traditional Music (ATM) is one of the largest ethnographic media archives in the United States with over 100,000 field, broadcast, and commercial recordings in its holdings. The collections at the ATM are international in scope and closely connected to the fields of ethnomusicology, folklore, anthropology, linguistics, and popular culture. Holdings at the ATM include, among many others, the Hoagy Carmichael collection, the earliest recordings made in China, and recordings of the first rock music festival held in Afghanistan. ATM has the distinction of six unique recordings/collections from its holdings on the National Registry. Having long played a prominent role in national and international media preservation efforts, the ATM is proud to be a part of the US effort to highlight the critical need for the preservation of our diverse cultural legacy on sound recordings.

About IU Libraries:
Bloomington, Indiana is home to Indiana University Libraries, one of the nation’s largest public academic research libraries. Our collections, people, and spaces use knowledge to inspire great work.  IU Libraries partners with every academic department on campus. Materials are digital, visual, audio and print. Over 60,000 journals are offered electronically, and the libraries hold 9.9 million print volumes in 450 languages, and 100,000 films in its Moving Image Archive. Indiana University’s librarians actively collect and conserve knowledge and are leaders in national conversations on digital preservation and associated technologies, the changing role of area studies librarianship, and integrating information literacy.  Our visual flagship, the Herman B Wells Library, is one of the busiest academic spaces on campus, recording 2 million visits each year.