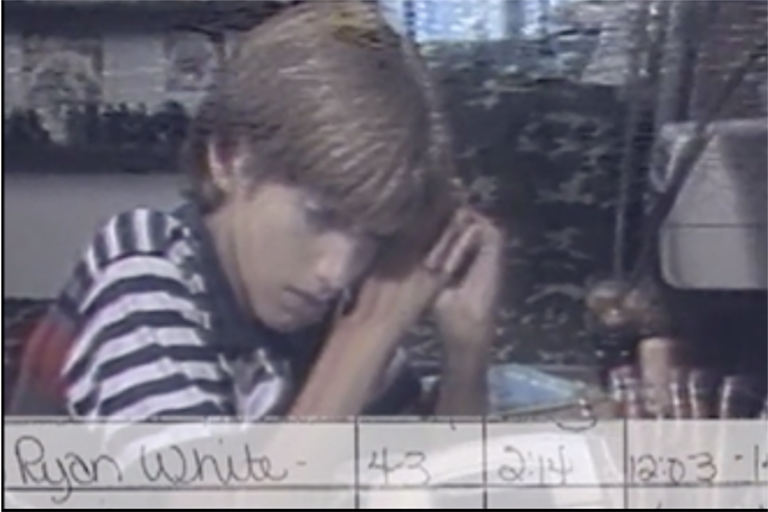 Above image is from archival news footage salvaged during the closure of WSJV South Bend/Elkhart in 2017. Preserved by IU LIbraries to prevent loss of local news, when processed the tapes revealed unexpected historical footage of Ryan White’s struggle with AIDS in the 1980's. When the WSJV materials were saved, no one was thinking about Ryan White, the Indiana teenager from Kokomo, Indiana, with hemophilia and one of the first people to contract AIDS through a blood transfusion.

On July 29, 2016, WSJV news anchors said good-bye to their local viewers. Large conglomerate Sinclair Broadcast Group would now reprogram the Fox affiliate and its sister station. One would use national programming going forward, while WSJV was relegated to playing movies from the 1950s–2000s. Meanwhile, WSJV engineers were instructed to throw the news tapes into a rusty, reeking dumpster. It was soon filled with torn desk organizers, ripped calendars, assorted paperclips, broken furniture, and disappointment.

The dumpster, however, did not fill up with news tapes.

A new home for old news

After researching for possible homes for the tapes, Carl Stopper contacted IU Libraries' Rachael Stoeltje in December of 2017. He simply wrote, “WSJV television is shutting down operations. We have several hundred video tapes with raw video that was shot for our news department. Would you be interested in any of these tapes?” Stoeltje, who is the Director of the IU Libraries Moving Image Archive, replied with a few questions.

Stoeltje knew local news was important. “You get a random email, and you have to act on it quickly, and you’re not sure if this is going to be useful, and then it is. Plus,” as she says, “people don’t always think about old 1980s tapes as being valuable.”

Stopper told her his initial estimate of a few hundred was actually 1,591 of various types of tapes. Stoeltje emailed the engineers back, “Sounds great and we are still happy to be the new archival home—even with your newly revised numbers… very excited that they didn’t land in the dumpster!”

Often when a gift is given to the Libraries, arrangements need to be made for a pickup or a mailing on a grand scale. However, Stoeltje explains that these engineers “cared so much about the tapes, they rented a U-Haul themselves” and drove them down to Bloomington from South Bend. On a cold February afternoon, two engineers met Stoeltje at the Auxiliary Library Facility. Boxes of raw news tapes found a place to call home. Though Stoeltje knew the disappearance of local news was an issue, she didn’t know her gamble on these tapes would result in finding a research gem.

Then IULMIA student employee Katie Morrison was tasked with processing the tapes. She dug in. Stoeltje describes how Morrison started digitizing the tapes in the Moving Image Archive in the Herman B Wells Library, using multiple video decks for the nine different formats. The footage came with some written logs of what was on the tapes. 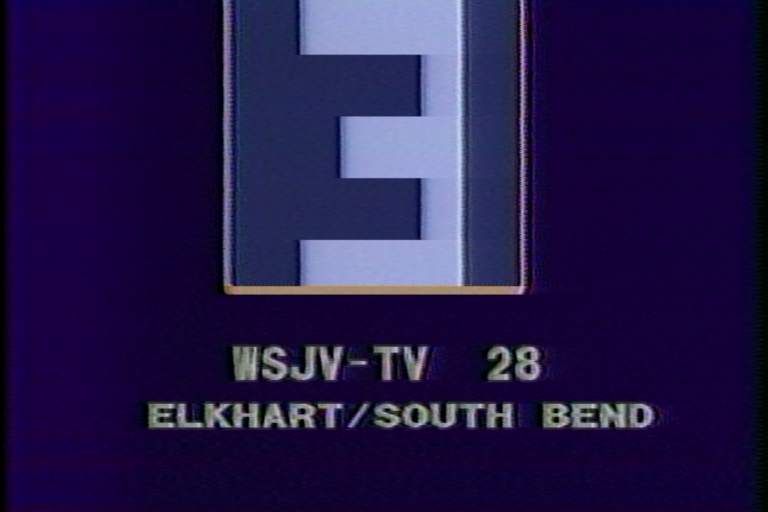 In 2018, Morrison wrote a blog post for IU Libraries entitled "History and Context for WSJV." In it she explored the station's history using countdowns and logos used in the footage.

Though Morrison was concerned with the loss of local news, what she found next was a researcher’s dream: unexpected local footage of Ryan White’s struggle with AIDS and the community reaction to his disease.

When the WSJV materials came in, no one was thinking about Ryan White, the northern Indiana teenager with hemophilia and one of the first people to contract AIDS through a blood transfusion. The young man became a motivating force for AIDS education. Stoeltje credits Morrison with the remarkable find.  “She went in and found the tapes she thought were coverage of early HIV and Ryan White,” she said.

Along with Andy Uhrich, Curator of Film and Media at Washington University in St. Louis, who was the IULMIA film archivist at that time, Morrison complied a 10:12 minute video essay of the story of Ryan White told by WSJV. The two published their work in the online journal Just Mondays under the title “We know Ryan White.”

The collection and online exhibit 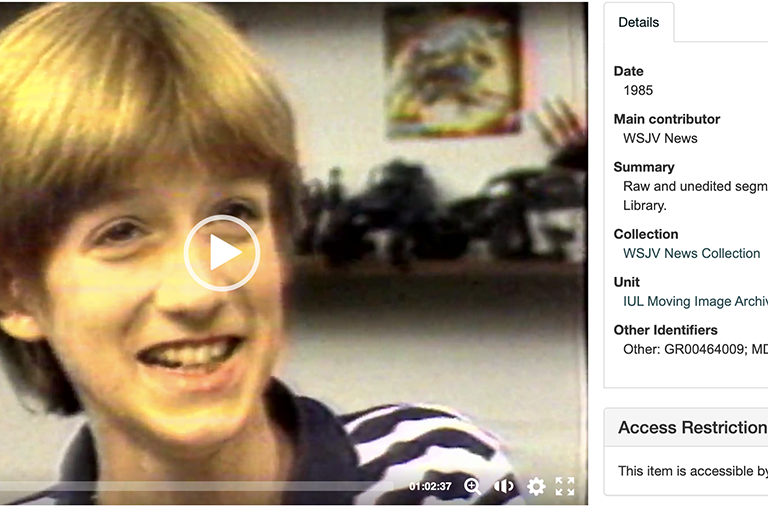 The video essay Morrison and Uhrich made is now part of the IULMIA WSJV Reports on Ryan White, 1985-1993 Online Exhibit. The use of some of the written logs along with the disjointed film sections created by reuse creates a haunting, but yet telling video essay of community fear during the AIDS pandemic. Not scripted, the emotions of the parents in the news coverage have not diminished with time.

The WSJV collection has been sent out for digitization and can be found at Indiana University Libraries Media Collections Online, WSJV Collection. Unlike books that come with table of contents, front and back covers, and copyright pages, film and media are not so cut and dried.

“How do you describe something with 47 different raw shoots on it?” Stoeltje asks. "There are excellent people here at IU who describe media well, but it is a laborious process."

The entire WSJV Collection saved from the dumpster is not all online yet, but IULMIA has tried to pull out historically, culturally relevant material. Stoeltje suspects there may be more significant pieces, and though she hasn’t received another email from a television station yet, she is interested in building more regional archives.

“I keep wanting to do something like take that big IU red bus around the state,” she says gleefully. “Do these call outs. Have people bring their media and we digitize it. Then we collect it. We do a service.”  If she can keep any film from landing in the dumpster, that’s a victory for cultural preservation.

October was AIDS Awareness month. If Ryan White had lived, December 6, 2021 would be his 50th birthday.