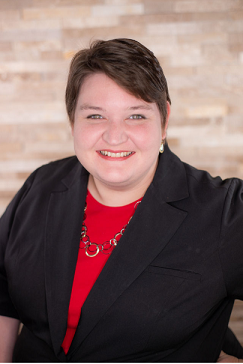 Sarah Ward is IU’s Visiting Subject Liaison for Anthropology, Folklore, and Sociology for the 2018-2019 academic year. Her research interests include the preservation of legacy media formats, the intersection of data science and musicology, and 18th and 19th century American compositional development particularly in the shape note tradition.

While at IU, she has worked in several positions. She is the Metadata Quality Control Specialist in the CLIR grant-funded digitization project in GIMMS working with Russian military topographic maps of Eastern Europe, 1883-1947. She was a library assistant at the Archives of Traditional Music, where she cataloged commercial LP and 78 records.  She worked as a Collections Development Assistant at the Cook Library on a special project identifying Latin American imprints of the last decade. She was also a member of the SMARTeam as part of the Media Digitization and Preservation Initiative.

Prior to joining the IU Libraries, she worked for more than a decade in the Emory University Libraries; first in rare book cataloging, then in Interlibrary Loan, and finally as the coordinator of daily operations in the Music and Media branch library. She is currently enrolled in the Master of Library Science / Master of Arts in Musicology dual degree program at IU and holds a Bachelor of Arts in Anthropology and Religion from Emory University.

Moira Marsh is serving as Bloomington faculty president during the 2018-19 academic year. Sarah will be the primary point of contact for questions, purchase suggestions, and instruction requests in anthropology, ethnomusicology, folklore, and sociology, consulting with Moira as needed.  You may contact Sarah at wardsr@iu.edu.