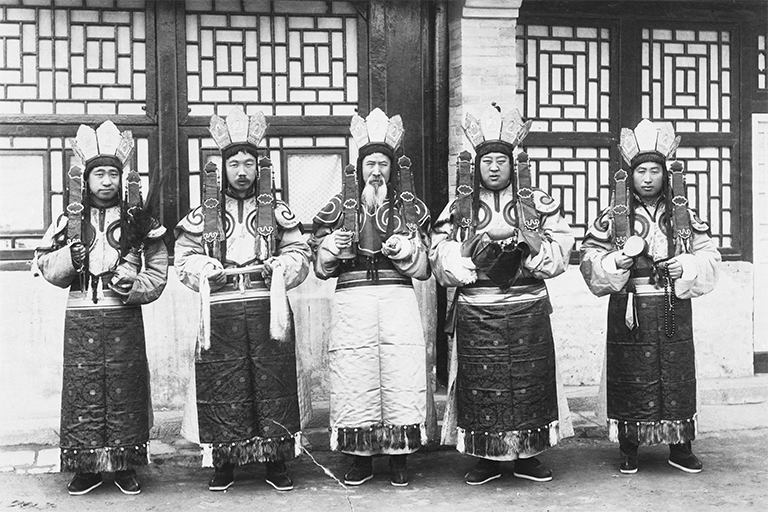 Housed in Bloomington, Indiana, the cylinders are located over 7,000 miles from Beijing and Shanghai.

The First Recordings from China Project, now underway thanks to $90,000 in funding from The Tang Research Foundation (TRF), is centered on 400 phonograph cylinders held by Indiana University Libraries’ Archives of Traditional Music.

Recorded by Berthold Laufer in 1901 and 1902, modern scholars assert these are not only the earliest recordings made in China, but also contain uniquely valuable documentation of Chinese folk and theatre music from the early 20th century. First Recordings is a collaborative effort between Chinese and American scholars from the fields of ethnomusicology, history, folklore, and linguistics exposing the recently digitized recordings to international audiences for the first time.

The Natural History Museum, one of the largest in the world, still holds the related collection of field notes, photographs, and over 7,500 object artifacts, and will work collaboratively with Indiana University to bring some of these assets into both online and print components of the project.
Main photo credit: from Berthold Laufer collection used by permission of the American Museum of Natural History (#336284). Titled “Sacred dance of five lamas, China.” (ca 1901. – 1904).

Alan Burdette, Director of IU’s Archives of Traditional Music, is the principal investigator for the two-year grant project. He notes, “The Laufer cylinders are remarkably well-recorded. This project intends to broaden access to a collection that deserves international attention for its historical importance and scholarly value.”

Berthold Laufer was a German-American anthropologist with an expertise in East Asian languages. While still in his twenties, he was recruited by the New York’s American Museum of Natural History to lead the Jacob H. Schiff expedition to China (1901-1904).  In addition to collecting artifacts and photographs, he recorded a variety of musical and dramatic performances on fragile wax cylinders, which were deposited at IU’s Archives of Traditional Music in 1961.  The Natural History Museum, one of the largest in the world, still holds the related collection of field notes, photographs, and over 7,500 object artifacts, and will work collaboratively with Indiana University to bring some of these assets into both online and print components of the project.

Philip Ponella is the Wennerstrom-Phillips Director at the William and Gayle Cook Music Library of Indiana University’s Jacobs School of Music.  The world-wide reputation of library and music school are bolstered by the prodigious collections held at the Archives, and Ponella anticipates even greater impact through First Recordings. "As is often the case with large archives like the ATM, the breadth and depth of collections can seem hidden from the broader community of scholars and researchers. This grant will engage new audiences not only in the realm of ethnomusicology and folklore, but also those who study linguistics, history, audio technology and more,” he said.

Recently, IU digitally preserved the 400 recordings with help from a National Endowment for the Humanities grant through its Media Digitization and Preservation Initiative.  Now, these raw materials will be used in a global presentation, expected fall 2020, including an overview of the collection, its various components, and a biography of Laufer. Additionally, a bilingual print publication with accompanying CDs will offer an additional format to increase scholarly engagement.

Prior to digitization efforts, geographical barriers limited both discovery and access to the sound recordings.

Housed in Bloomington, Indiana, the cylinders are located over 7,000 miles from Beijing and Shanghai, where multiple Chinese institutes are now discussing organizing symposiums and scholarly meetings related to the First Recordings project and outcomes.

Xiaoshi Wei, grant project assistant, has conducted research on sound archives in China, and it points clearly to the importance of making these recordings available for listening and study.   He said, “In most Chinese and English scholarly writings, scholars have pointed to Sun Jüxian’s 1904 recording of ‘Jü Ding Guan Hua’ to be the earliest recordings ever made in China. It is well documented that the Laufer Collection was recorded three years earlier.”

Wei also notes that the collection includes multiple dialects of northern Chinese languages invaluable to the field of Chinese linguistics, and that the eight performance genres represented in the collection are valuable for the historical studies of Beijing Opera; chuida bands in northern China; danxian, gushu, and other story-telling genres in Beijing; and folksongs nationwide.

As a researcher with IU’s Archives of Traditional Music, Wei has access to one of the largest ethnographic media archives in the United States with over 100,000 field, broadcast, and commercial recordings in its holdings.  These collections are international in scope. For example, the Archive recently determined that its 1898 Carl Lumholtz holdings are the earliest recordings made in Mexico.

Burdette said, “Many of the cylinder collections are the first recordings made in certain parts of the world or of certain cultural groups. The collections at ATM are among the largest of unique ethnographic cylinder recordings in the world.”

Additionally, seven collections held at the Archives of Traditional Music are listed on the Library of Congress National Recording Registry.

For members of the media

Print and download this story as a news release.

About Archives of Traditional Music:
The  IU Libraries Archives of Traditional Music (ATM) is one of the largest ethnographic media archives in the United States with over 100,000 field, broadcast, and commercial recordings in its holdings. The collections at the ATM are international in scope and closely connected to the fields of ethnomusicology, folklore, anthropology, linguistics, and popular culture. Holdings at the ATM include, among many others, the Hoagy Carmichael collection, the earliest recordings made in China, and recordings of the first rock music festival held in Afghanistan. The Archives has the distinction of seven unique recordings/collections from its holdings on the National Registry.

About IU Libraries:
Bloomington, Indiana is home to Indiana University Libraries, one of the nation’s largest public academic research libraries. Our collections, people, and spaces use knowledge to inspire great work.  IU Libraries partners with every academic department on campus. Materials are digital, visual, audio and print. Over 60,000 journals are offered electronically, and the libraries hold 9.9 million print volumes in 450 languages, and 120,000 films in its Moving Image Archive. Indiana University’s librarians actively collect and conserve knowledge and are leaders in national conversations on digital preservation and associated technologies, the changing role of area studies librarianship, and integrating information literacy.  Our visual flagship, the Herman B Wells Library, is one of the busiest academic spaces on campus, recording 2 million visits each year.