History of the Educational Film Collection

The Film Archives’ Educational Film Collection began before WWII as an outreach service of the Indiana University Extension Division. By 1945 it had nearly 500 films that were rented out for low fees ($.50 - $5.00) to schools, colleges, universities, public libraries, clubs and organizations throughout the United States. Under the direction of L.C. Larson, the collection grew to tens of thousands of 16mm films, [1970 catalog: 8,798 titles] and became one of the largest of such services, most of which were based in major universities. Indiana University provided leadership in best practices for such collections, and faculty and graduate students in the Department of Instructional Systems Technology in the School of Education collaborated with the staff of what soon became the IU Audio-Visual Center (later the Center for Media and Teaching Resources, and finally Instructional Support Services). In the late 1970’s, the Audio-Visual Center, along with many similar organizations, started purchasing and renting videocassettes (3/4” U-matic and ½” VHS) instead of the much more expensive 16mm films. However, the film collection continued to circulate, and most of the films were not discarded with the changeover in format. The ease of duplicating videos (legally or illegally) spelled the demise of the pooled resource model, and many university-based rental centers closed during the 1990’s. In 2006 Indiana University decided to close its rental service, and the collection of about 50,000 reels of 16mm film and 7,000 videos came under the aegis of the IU Library System. The 16mm films in this collection date from as early as 1929 into the 1970’s; there is strong representation in anthropology, dance, African-American studies, and psychology. The Audio-Visual Center was the exclusive distributor of films produced by NET (National Educational Television, the predecessor to PBS). About 1,000 films were produced by the AVC’s own staff, with consultation by IU faculty, including exemplary microbiology and anatomy series. 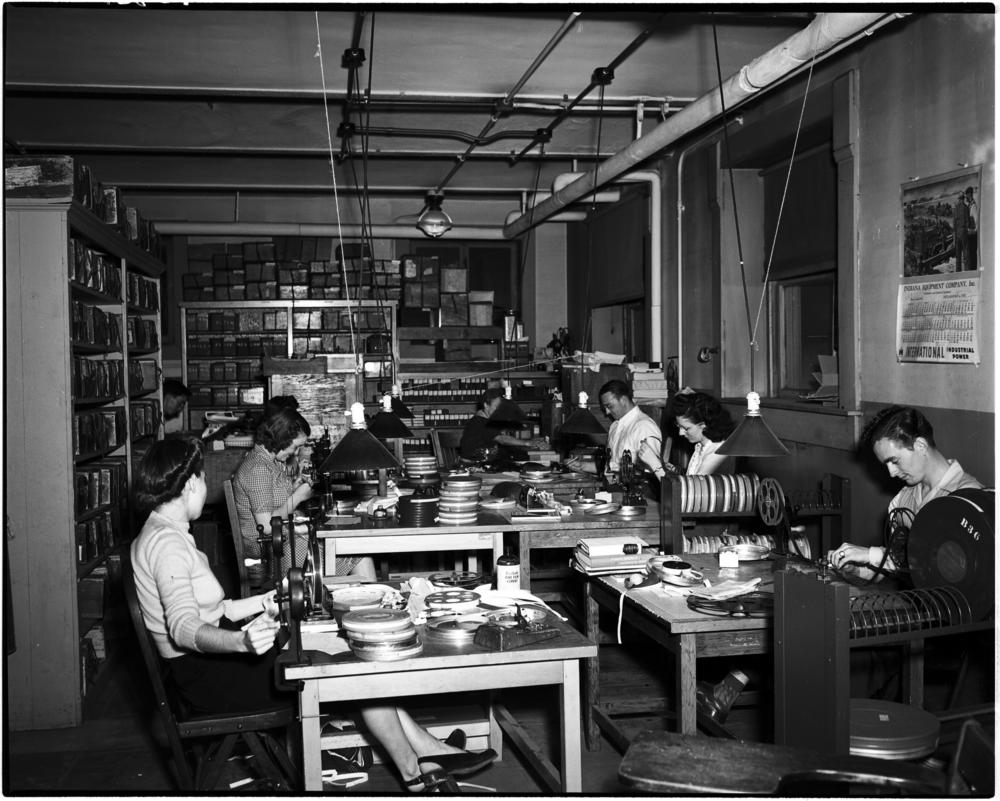