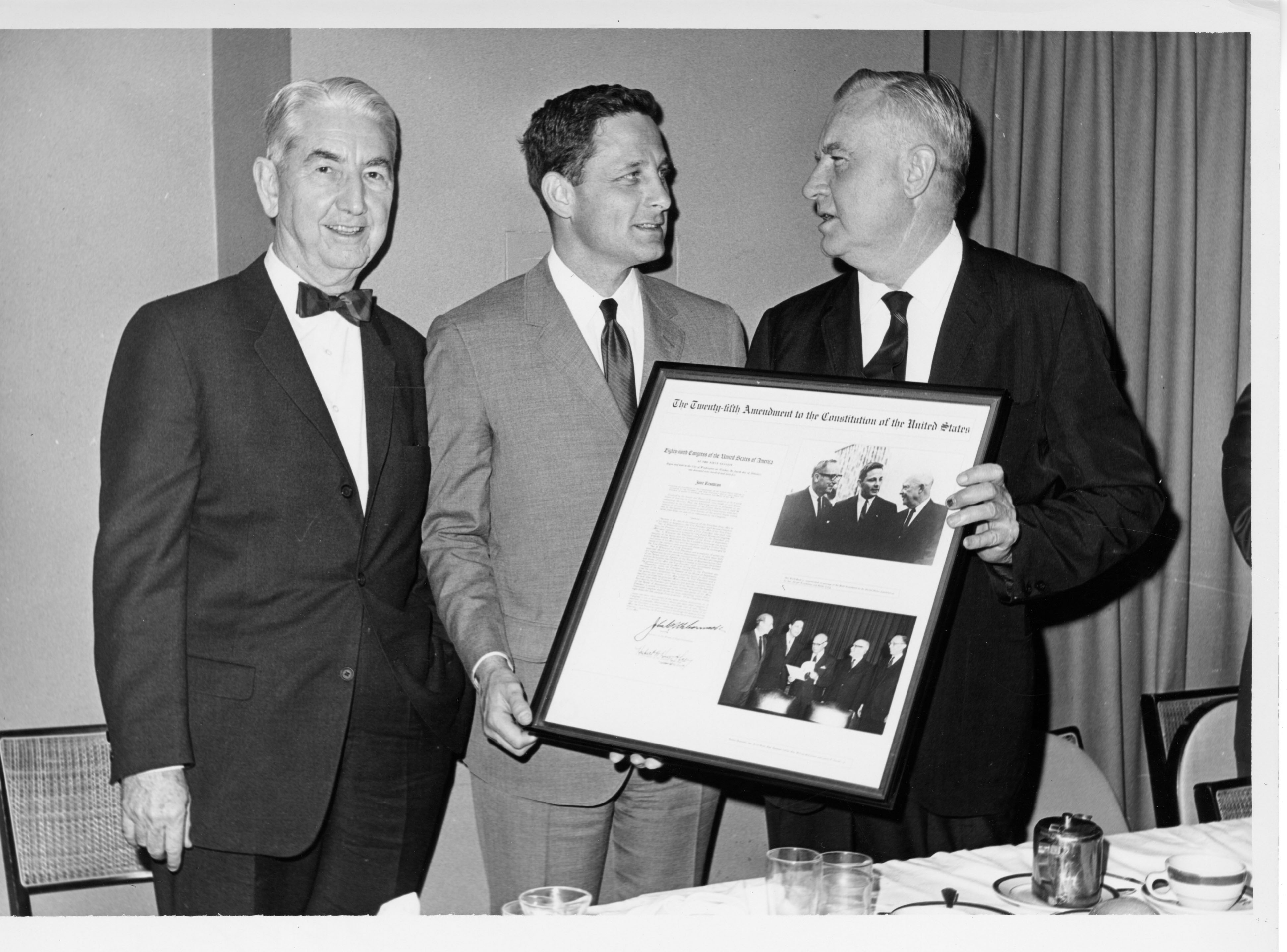 The Indiana University Libraries join the Association of Centers for the Study of Congress to announce the opening of “The Great Society Congress,” an online exhibition that draws on primary resources to highlight legislation passed during the 89th United States Congress (1965-1966). The 89th Congress, considered one of the most productive in American history, passed an extensive legislative program as part of President Lyndon B. Johnson’s ambitious “Great Society” agenda.

The exhibition is a collaborative project of the Association of Centers for the Study of Congress (ACSC), an independent alliance of organizations and institutions that supports a wide range of programs designed to inform and educate students, scholars, policy-makers and the general public on the history of Congress, the legislative process, and current issues facing Congress. The Indiana University Libraries are an institutional member of the ACSC.

The University of Delaware Library is hosting this multi-institutional digital exhibition, which was created using the web publishing system Omeka. Omeka, a project of the Center for History and New Media, provided the platform for this groundbreaking collaboration.

Widely considered among the most effective in American history, the 89th Congress enacted the most extensive legislative program since the New Deal between January 1965 and December 1966. The Voting Rights Act, Immigration and Nationality Act, Elementary and Secondary Education Act, and the Social Security Act of 1965 each were transformative pieces of legislation and cornerstones of the Great Society. They are also but a few of the many significant laws passed during the two sessions of the 89th Congress that are still felt and debated in America today.

The online exhibition uses images, government documents, press releases, personal correspondence, and other materials contributed by more than ten ACSC member collections. “The Great Society Congress” explores the central role that the 89th Congress played in the construction of the Great Society and how some of the most impactful pieces of legislation in American history were shaped. The exhibition will be released in phases with content corresponding with legislative anniversaries and is available at: http://acsc.lib.udel.edu/great-congress.

ACSC institutions that contributed to the project are the:

·         Richard B. Russell Library for Political Research and Studies, University of Georgia