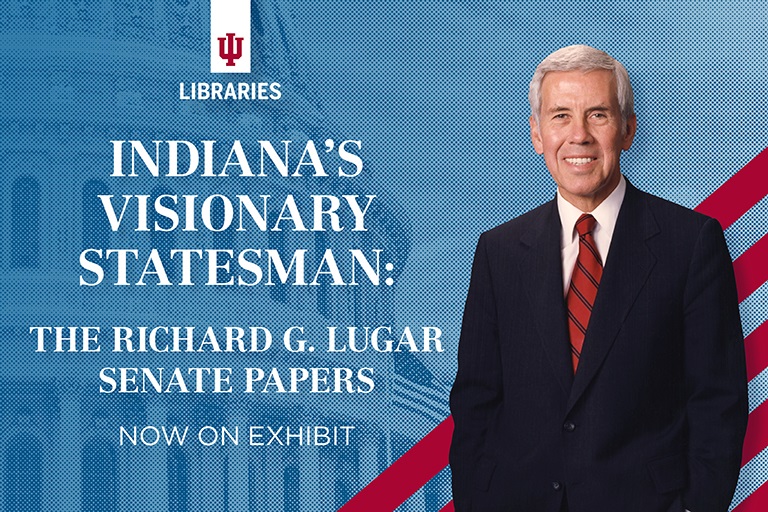 The exhibition Indiana’s Visionary Statesman recognizes the life and achievements of Richard G. Lugar, the longest-serving United States Senator in Indiana history. First elected in 1976, Lugar served six terms in the U.S. Senate. During that time, he was the driving force behind landmark legislation in areas such as arms control and nuclear disarmament, farm policy, and food security. Called “the Wise Man of the Senate” and “a Senate Sage” because of his ability to look past partisan politics to advance the causes he cared about, Lugar fought to promote environmental conservation, the development of renewable fuel sources, health and education programs, and national security. Indiana’s Visionary Statesman explores Lugar’s early life as a Rhodes Scholar, a Navy veteran, and a two-term mayor of the City of Indianapolis. It then provides a behind-the-scenes look at some of his greatest Senate accomplishments by drawing on treasures from his senatorial papers.

This exhibition is part of the Modern Political Papers Collection.