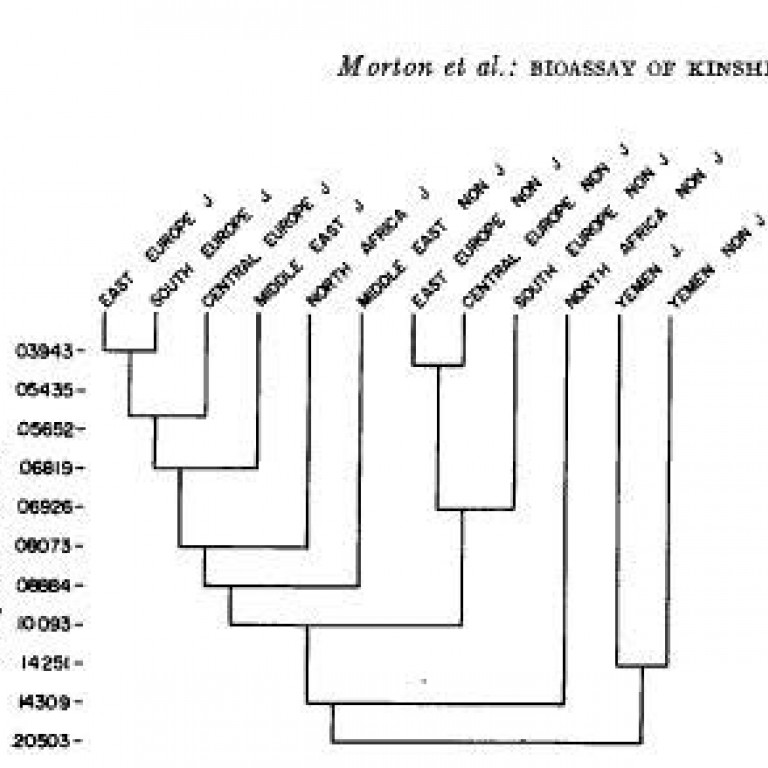 (A cluster analysis of genetic distances between some Jewish and non-Jewish populations from "Bioassay of Kinship in Populations of Middle Eastern Origin and Controls" by Kobylianski and Micle in Current Anthropology Vol. 23, No. 2)

H-Judaic, Jewish Studies Network - An affiliate of Hebrew College and Shamash. The H-Judaic discussion is a member of H-Net Humanities & Social Sciences OnLine since 1993. JSN is one of the oldest Internet projects in the humanities, initially operating as Judaica/He'Asif, starting in February 1989, operating out of Jerusalem using mailing list services at Tel Aviv U. From 1991-93 the network was at the University of Minnesota.