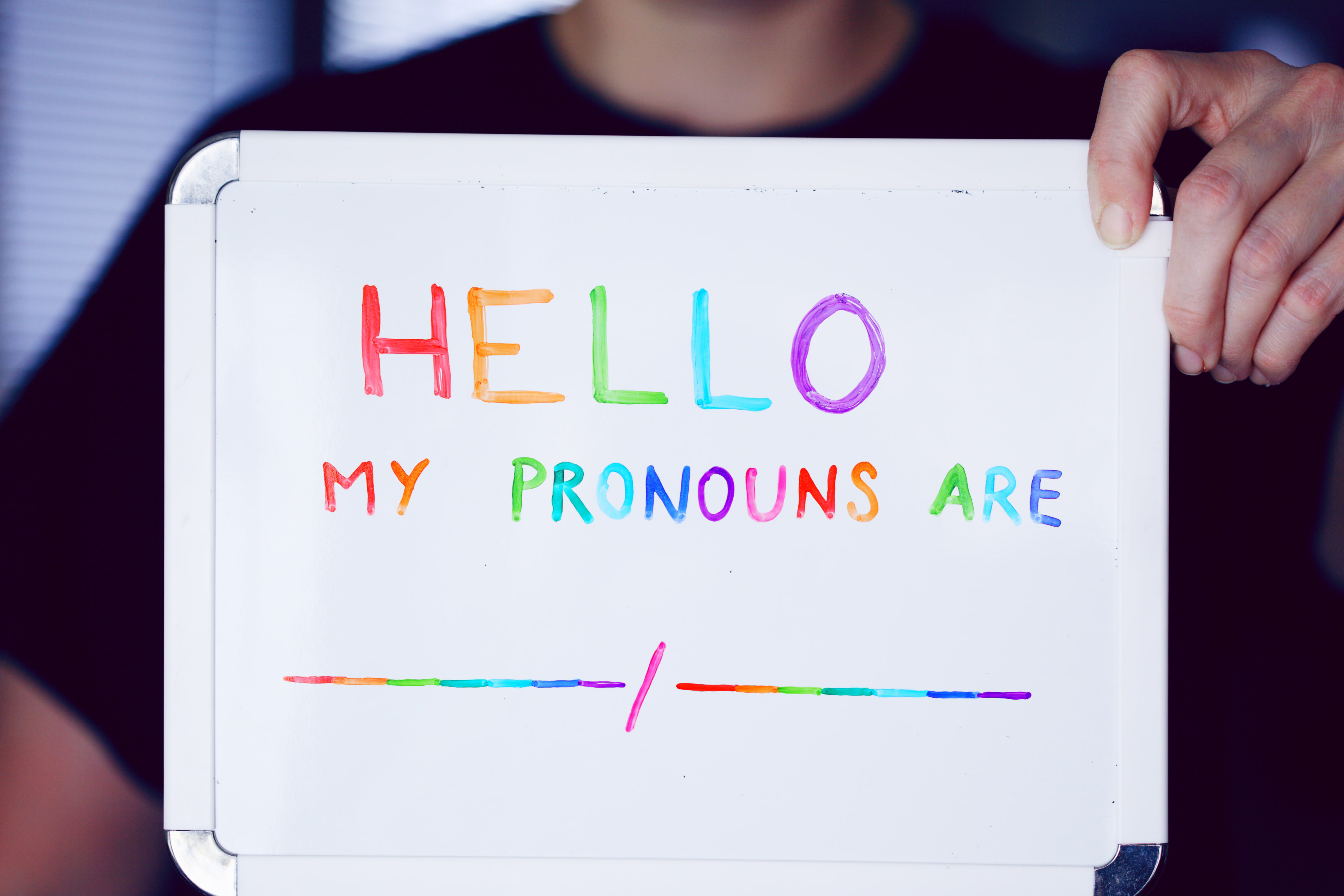 Photo by Sharon McCutcheon on Unsplash
Article by Wendy Lee Spaček, Library Assistant for the Arts & Humanities Department, and Research Assistant for the Learning Commons at Wells Library. She is currently earning her Master in Library Science degree and in 2019 earned her MFA in Poetry from IU. She specializes in English, poetry, and teaching and learning. Her secondary interests include gender & sexuality studies and library conservation

Style Guides on the Singular Pronoun “They” & Gender-Inclusive Academic Writing

Academic style guides agree: honoring and using a person’s correct personal pronoun is a matter of respect, and it's good style

More about personal pronouns and how to use them

In English, personal pronouns are gendered. Historically, English offers only three personal pronouns: masculine (he), feminine (she), and the un-gendered “it” (which is widely seen as rude or disrespectful to use when referring to a person). These few personal pronouns do not adequately express the variety of gender expressions that have been present throughout history. Grammar is not static, but changes over time, adapting to, reflecting, and perpetuating biases and social constructs present in the culture. Many people have been excluded by this rigid and artificial binary representation of gender codified in the English language and have had to find or create alternatives to identify themselves in speech and writing.

Below is a chart that lists some of the most commonly used personal pronouns and gives examples for how to use them:

This pronoun chart is directly based off of one created by the University of Wisconsin-Madison's Gender & Sexuality Campus Center.

Academic Style Guides on the importance of achieving gender-neutral writing

Academic style guides agree on the importance of achieving gender-neutral writing, and the problem of using “he” as a universal pronoun. For a time, academic style guides suggested the use of “he or she” or alternating between “he” or “she” in writing. This construction is now acknowledged as being not only clunky and awkward, but exclusionary because to use “he or she” suggests a rigid gender binary, excluding all persons whose gender identities are outside of that binary. Luckily, singular “they,” in use since the 14th century in informal and spoken speech, has started to gain traction as a gender-inclusive pronoun to refer to a person of unknown gender in formal and academic writing. More on the history of singular “they” can be found at the Oxford English Dictionary’s website and Historians.org.

As of 2021, all three major guides (APA, MLA, and Chicago) acknowledge the ubiquity of singular “they” for use with an unknown referent in informal writing and speech. However, only one of the three guides, the 7th Edition of APA’s Style Guide, fully endorses the use of singular “they” as “a generic third-person singular pronoun to refer to a person whose gender is unknown or irrelevant to the context of usage” (APA, 120). MLA, which leaves grammar largely up to the discretion of the author, neither endorses nor prohibits the use of singular “they” in this sense. As a result, it is acceptable in MLA Style. The Chicago Manual of Style (CMOS) has a particularly complicated history with singular “they” as a gender-neutral unknown referent. In the 1993 edition, it endorsed “they/their” in this sense (Chicago, 13th Ed. 2.98). However, this was removed from subsequent editions. Though CMOS acknowledges the ubiquity of this usage, it continues to prohibit its use and instead recommends rewriting the sentence in some way that eliminates the need for a pronoun. For more on the history of singular “they” and the Chicago Manual of Style, take a look at this 2017 article written by Cai Fischietto on IU Libraries’ website.

The Chicago Manual of Style. Seventeenth edition, The University of Chicago Press, 2017.

The Chicago Manual of Style. Thirteenth edition, The University of Chicago Press, 1993, pp. 76-77.

Further reading on the singular pronoun “they”

Singular "they" is Merriam Webster's 2020 word of the year

Singular "they" is the American Dialect Society's Word of the Decade

Style Guides on singular “they”