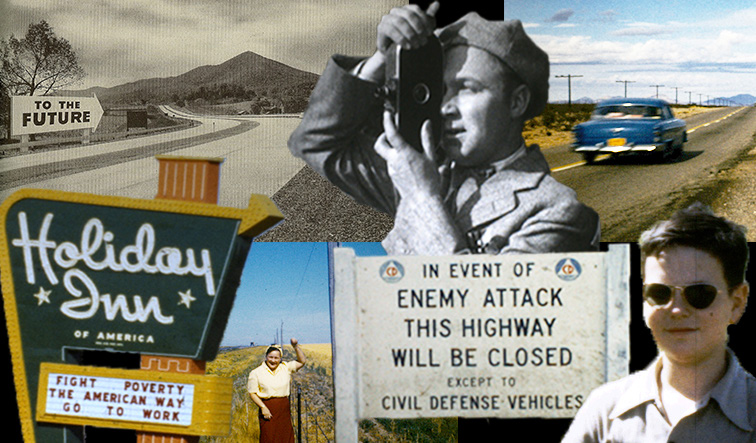 BLOOMINGTON, Ind. –  No More Road Trips? is an interactive journey from the Atlantic Coast to California constructed from a collection of 9,000 home movies made by hundreds of different people.  The audience present for its 6:30 p.m., Sept. 1 screening at Indiana University Cinema is part of the show. 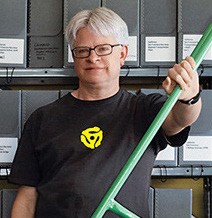 “The primary soundtrack for this fully participatory film will be made fresh by audiences at each screening,” says the film’s creator, Rick Prelinger, who will be in attendance.

The film, and his leadership of the live audience commentary, reveals hidden histories embedded in the cinematic landscapes. Prelinger says No More Road Trips? is a look back and ahead, as it seeks to blend the pleasures of travel with premonitions of its end.  (See the 66 second trailer).

“I started to wonder, do people still imagine they can change their lives by taking to the road?” he says.

Rachael Stoeltje, director of IU Libraries’ Moving Image Archive, explains that No More Road Trips?  is an excellent way to engage with the themes of the new preservation series partnership with IU Cinema.

“The film uses home movies to rethink how we interact with images and the myths of the past. It's an argument that we need to save, study and share these cultural artifacts. Often, it's in the forgotten, little things of everyday life that we can see the past anew,” she says.

With over 600 shots, Prelinger created a single, composite automobile journey across America. Local audiences will especially enjoy seeing a 1940s version of Indiana, including a stop at gas stations in Sullivan County, and look at a 1941 Farmersburg.  Other than a faint ambient soundtrack, the film is silent.

“As an archivist, I felt most filmmakers weren't letting archival images fulfill their potential. In a traditional documentary, the emphasis on narrative storytelling takes power from images and gives it back to words,” says Prelinger.

An associate professor of Film & Digital Media at University of California, Santa Cruz, Prelinger is well-known for his partnership with the Internet Archive to digitize and publish a subset of the Prelinger Collection - his collection of 60,000 films. It was acquired by the Library of Congress in 2002.

Stoeltje says the film preservation series is designed to expose visionaries such as Prelinger to both the campus and Bloomington community.  Future films in the series, for example the upcoming Oct. 6 screening of Wings, will continue to feature the archivists and artists defining film preservation.

“This type of work - archiving, preservation, librarianship - is often invisible to mainstream film audiences,” she said.

**** Rick Prelinger will also present a lecture open to the public at The Media School on Friday, Sept. 2 from 2 to 4 p.m.  This is an open event and tickets are not required.***