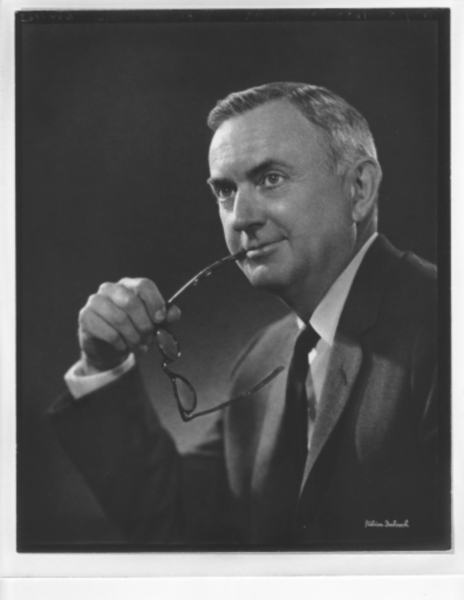 In 1972, A young Dr. Donald Warren presented his paper "Detheologizing Illich" at his first American Educational Studies Association conference. He noticed two prestigious education scholars in the audience: Drs. Maxine Greene and R. Freeman Butts, and their presence unnerved him. When Warren concluded his presentation, Butts raised his hand to ask if this young professor was actually suggesting that Ivan Illich mistheologized education. Warren remembers gulping and answering "yes" with hopes that he didn’t negatively seal his fate in this community of scholars. On the contrary, Warren’s progressive ideas presented in 1972 formed a lifelong friendship between the three scholars. Furthermore, Butts acted as a professional mentor for Warren, who is now Dean Emeritus at Indiana University’s School of Education.

R. Freeman Butts dedicated his life to the teaching, history, and philosophy of Education. Butts spent the majority of his career at Teachers College, where he and his counterparts George S. Counts and William H. Kirkpatrick were integral members of the Foundations Department. The three focused their efforts on creating an inclusive study of education, understanding culture and human behavior. Butts went on to study education in Australia on a Fulbright grant, which influenced him to become the Director of the Teachers for East Africa Project and Associate Dean for International Studies at Teachers College. Once retired from Teachers College, Butts continued his passion for education as a Visiting Scholar and Professor at San Jose State University, Stanford, and the Hoover Institution. Butts remained a fervent advocate of public education and believed in its continuous improvement. He was critical of scholars and practitioners who ignored race and gender issues in public education.

In 1993, Warren was three years into his tenure as the Dean of the School of Education at Indiana University. While he was co-orchestrating the grand opening of the Wendell W. Wright Education building, the University Trustees challenged the School to include influential, leading scholars in the field of Education in the celebration. Butts, after 18 years of retirement, was recognized by the School as a preeminent scholar of importance through an honorary doctorate. IU’s recognition meant a great deal to Butts, and he continued his relationship with the School as a member of its National Board of Visitors. He also returned to Bloomington as a leadership advisor on a yearly basis for a number of years.

As Butts downsized his personal library, he asked the IU Libraries to preserve and circulate the books that had informed his scholarship throughout his 60 years in the profession. Many books in the collection include Butts’ own notes and annotations. This special collection, housed in the Education Library and the ALF contributes to the IU Libraries’ reputation as a premier research institution. In addition, the IU Libraries also owns a number of Butts’ personal publications. Butts’ professional papers are preserved at the Hoover Institution.

Special thanks to Dean Emeritus Donald Warren and Dr. Keith Barton for contributing institutional memory about this special collection.

"The Butts Collection is not merely a set of books, significant as they are. The individual items contain margin notes, continuations of arguments and conversations that faculty, students, and other researchers can now join."