Publishing as an agent of change

Russia invaded Ukraine on February 24, 2022, while Allison Chaplin, IU Press acquisitions editor for a new series on refugees and migration, was getting ready to travel to IU’s European Gateway in Berlin, Germany. It was her first time in Europe. “Just a few weeks before we arrived, there was news about the Brandenburg airport and crowds coming there seeking refuge,” Chaplin explained. To date, according to the United Nations Refugee Agency, 6.5 million Ukrainian refugees have crossed the border of their homeland into neighboring countries.

Against this background, Chaplin attended In Dialogue: Symposium on the Displacement of Peoples between Africa and Europe to promote Worlds in Crisis: Refugees, Asylum, and Forced Migration. Chaplin found her fellow presenters, like herself, did not want to appear like they were taking advantage of the crisis, but it was there in stark reality, asking the essential questions the symposium attendees had been raising for years: How do artists and activists, publishers, writers, and concerned citizens bring solutions and attention to the refugee crises? How do they affect change?

Chaplin attended the symposium on March 18 and 19, 2022. “My presentation used the first three books from the Worlds in Crisis series as a lens to discuss best practices in writing and the arts, asking the audience to think about how we can represent refugees most mindfully.”

Chaplin presented on the second day. Utilizing the book series as a perspective and example, Chaplin “discussed how authors and publishers can represent and help others to understand displacement through the works they create.”  She addressed the question: “How are written publications most persuasive as a public voice on forced migration to motivate people on a global scale to address the problem and hash out solutions?”

She explains, “Looking at art that serves as an agent of change in relationship to forcibly displaced peoples was a goal of the symposium as it was presented to me.” She continues, “To more meaningfully and intimately understand the experience of refugees is a goal of IU Press’ Worlds in Crisis: Refugees, Asylum, and Forced Migration book series.” Chaplin wedded the two motives by using both creative and academic writing as an art that not only “serves as an agent of change,” but also “a gateway to more meaningfully and intimately understanding the experience of refugees.”

Chaplin is thankful to one of her mentors, Jennika Baines, an IU Press acquisitions editor before her. “It was an incredible personal and professional opportunity for me and for the Worlds in Crisis series. I'm excited that I was able to attend the IU Europe Gateway the same year that this series is launching.”

Because Worlds in Crisis is a new series for IU Press, Chaplin wanted to discuss best practices in refugee studies. “For example, I have one author who decided to include zero images in their book,” Chaplin says. “On the other hand, I have an author who included over 70 images, some very sensitive, because she wrote that she viewed it to be particularly important to display the images to raise awareness about the suffering of refugees.”

There are many reasons for not including pictures beside their being sensitive. “I would want the author to get to speak specifically on her reasoning for not including images,” Chaplin explains. “Whether it was a permissions issue -- getting permissions to display those images -- or if she just didn’t think it was necessary for the material, or she didn’t want to reveal their identities. I think all of this was and is implied when authors face these decisions.”

“There must be someone to work with these authors who are doing the good work of working directly with refugees. I’m pleased to be working on this series with them,” Chaplin says with a smile. “The series editors – I don’t do the series alone,” she explains. “I am the IU Press representative who works on the series. Elizabeth Cullen Dunn, who is also with IU, and Georgina Ramsay, who is from the University of Delaware, are the series editors. They consult with IU Press about the books invited for the Worlds in Crisis series, and they consult throughout the review process.”

Indiana University Libraries houses volumes of print and electronic books and journals, but did you know it was also a source for publishing academic materials as well? Both the IU Press and IU Libraries’ Scholarly Communications specialize in publishing intellectual research generated by IU scholars and like-minded academics from around the world. As Herman B Wells said when creating the IU Press, “The Press will endeavor to extend the University’s teaching and research beyond the library, laboratory, and classroom, thus performing a function of a university peculiarly important in a democracy.”

Worlds in Crisis: Refugees, Asylum, and Forced Migration is a new IU Press series intended to be a space “for groundbreaking work on the causes of, experiences within, and responses to forced migration.” People-focused, the series hopes to address the multi-layered complexities of life when one has lost everything: home, locale, country, and rights. The three books that all come out in 2022 are as follows: 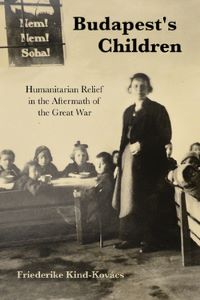 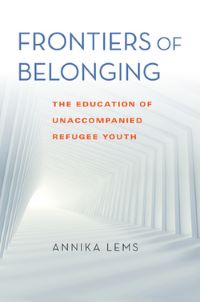 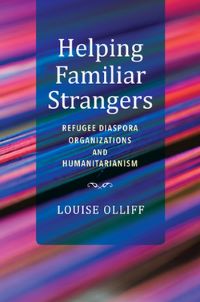 The symposium and discussion

Perhaps because of COVID, the symposium was smaller. “There was no audience so whereas you usually attend an academic conference with presenters and a big audience, everybody who attended the conference presented something for the group. That made it unique.”

For Chaplin, her fellow presenters were exemplary. Though organized by the Hamilton Lugar School of Global and International Studies here at Indiana University, people attended from many other organizations such as the Bonn International Center for Conflict Studies, University College London, Warwick University, and the University of Rwanda to name a few.

“I love working with academics,” Chaplin says excitedly. “There was a freelance journalist who had just returned from Ukraine to attend the conference. He had been in Ukraine reporting there on the refugee situation as it was unfolding.” In addition, Prerna Rathi and Clementine Dupont from People Beyond Borders (PBB) impressed Chaplin especially. “They took the group through a -- I'm going to call it a self-help exercise. We all drew trees.” Delighted, Chaplin explains, “They handed out construction paper and markers. The purpose of the exercise was to identify the root causes of any problem. The root cause of your problem is represented by the roots, and then there’s the trunk which signifies the main conflict. The branches are for new opportunities and fruits that come from the conflict. They use this in their organization to encourage people to take control of the issues they can.” Chaplin asks, “Honestly how often as adults do you go anywhere, not to mention an academic conference, and draw?”

“What I took from what they shared about their experiences working directly with refugees,” Chaplin states, “is there is so much refugees cannot control. They have so little power over where they get to live and their citizenship status.” Organizations such as PBB attempt to help refugees feel like they belong.

“My other favorite presentation was a woman named Deborah Haber with Deep Arts. It was Deborah Haber and Casey Filiaci and a man named David Marshall with Blue Sky Films,” Chaplin shares warmly. Haber, who is the executive director of Deep Arts, wrote a play based on the lives of her parents who fled Austria during the Holocaust. Filiaci turned the script into a musical, “Moses Man, the Musical.” Marshall is working on a documentary about their  work. They have Indiana University connections: Hamilton Lugar School of Global and International Studies’ Center for Global Change and the Department of Jewish Studies at IU. Chaplin adds, “They are going to be artists-in-residence at IU. Judah Cohen, who is with the Jewish Studies program at IU and a member of the IU Press faculty board, knows Deborah Haber and Casey Filiaci. That’s a connection I am excited about and hopeful I get to talk to them again.”

At the symposium, the work was close at hand with Ukrainian refugees traveling to escape war. “All that news was unfolding just before and during – Deborah, Casey, and David arrived earlier and left immediately – upon arriving they told us they put on the volunteer vests at the airport and started helping refugees find their way about.”

“It’s a bitter time,” she said, “a bitter feeling to be trying to navigate the personal and professional opportunity that presented itself; to present on the work in the series we’re really proud of but to be doing it with the undertone that this crisis that is happening might raise greater awareness. It’s difficult. It’s important to talk about it, and I’m glad we were there to talk about it, but there was another layer. As if refugee studies needed another layer.”