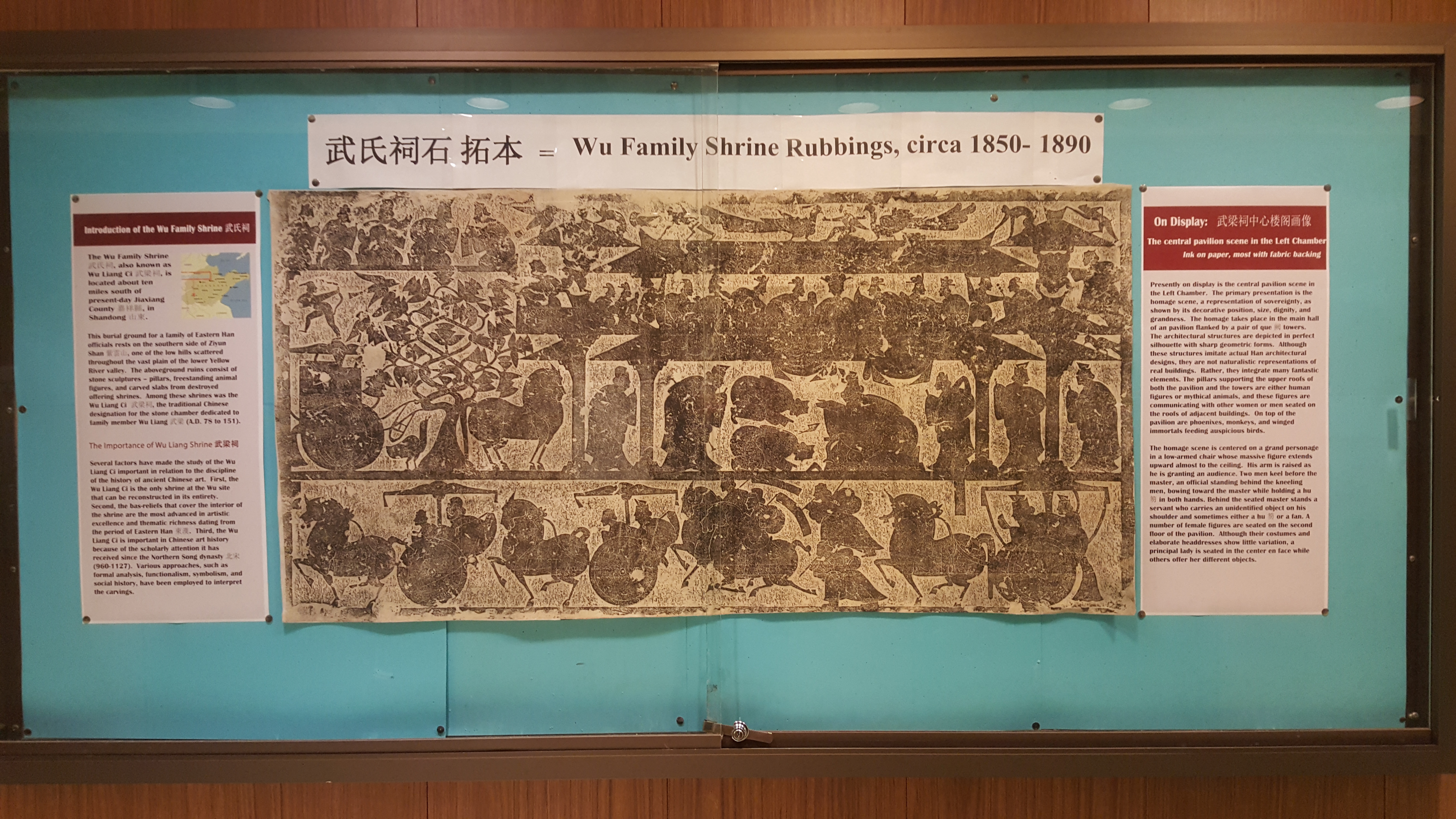 For the month of Archives/Special Collections in 2017, the East Asian Collection put on a poster display, Wu Family Shrine Rubbings 武氏祠拓本on the 8th floor of the Wells Library.  This is one rubbing from the Collection of 25 (undated) rubbings of various sizes from the Wu Liang Ci 武梁祠 (Wu family shrine); Ink on paper, most with fabric backing.

The Wu Family Shrine武氏祠 is located about ten miles south of present-day Jiaxiang County 嘉祥縣, in Shandong 山東.  Several factors have made the study of Wu Liang Ci important in relation to the discipline of the history of ancient Chinese art.  First, it is the only shrine at the Wu site that can be reconstructed in its entirety.  Second, the bas-reliefs that cover the interior of the shrine are the most advanced in artistic excellence and thematic richness dating from the period of Eastern Han 東漢 (25-220).  Third, the Wu Liang Ci is important in Chinese art history because of the scholarly attention it has received since the Northern Song dynasty 北宋 (960-1127).

Presently on display is the central pavilion scene in the Left Chamber.  The primary presentation is the homage scene, a representation of sovereignty, as shown by its decorative position, size, dignity, and grandness.