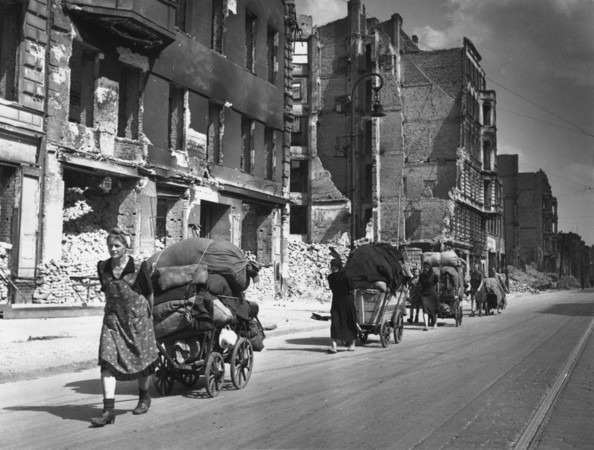 At the end of World War II there were nearly 6,000,000 displaced people in Germany. Temporary camps were set up to house the displaced until they were able to either return home or be given a visa and enter another country. However, for the most part Jews were ignored, unwelcomed, and left to their own devices. Allies looked down on the Jews and numerous policies were set into place that discouraged them from moving to the US or Palestine. As a result they moved into established displacement camps and remained there for several years after the end of the war. While in the camps life for the Jews flourished. They had the highest birthrate anywhere in Europe. They were marrying and trying to effectively restart their lives.

Post-War Europe: Refugees, Exile and Resettlement, 1945-1950 makes searchable thousands of primary documents from organizations such as the Control Commission for Germany, the War Office: Allied Forces, the Allied Commission for Austria and the JCRA Organisation. A few newspaper clippings are included, but most documents are typewritten reports detailing, for example, Orphans and Unaccompanied Children Under UNRRA Care, Voluntary Societies British Zone Monthly Reports, Welfare Work Amongst Jewish Prison Inmates, DPs in Assembly Stations and more.  In addition to the wealth of primary sources there are a number of essays concerning post-war Europe and repatriation as well as a chronology of events. It is a great resource for those with an interest in Jewish Studies, Diaspora, World War II or 20th Century Europe.