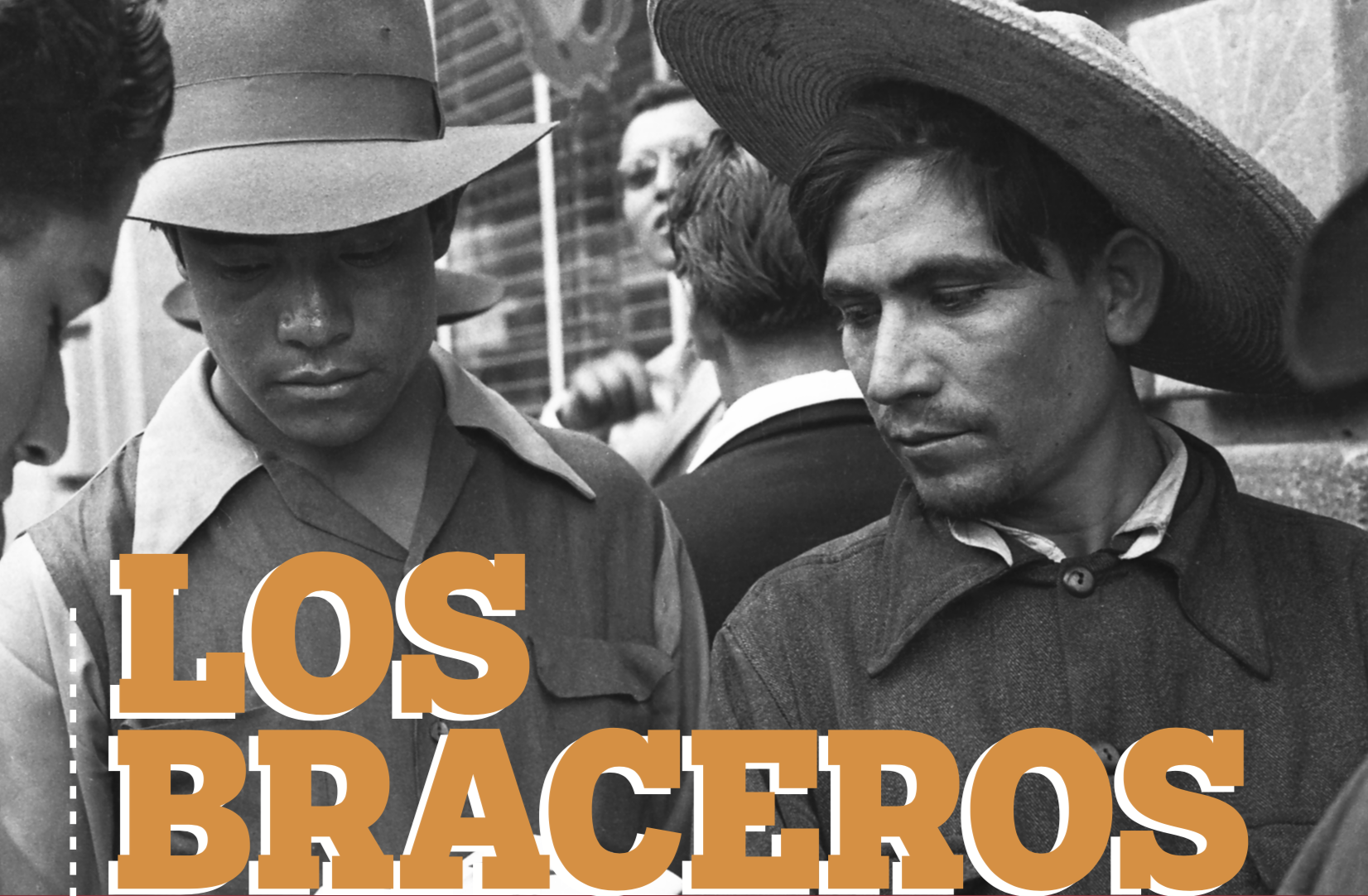 The Bracero program brought thousands of Mexican laborers to the United States during the second world war. When Americans left to fight overseas, there was a great need for labor both in agriculture and on the railroads. The program was established by executive order in 1942, and through recruitment centers in Mexico City, laborers began to arrive in the United States by train. In this exhibit, we explore their journey through the eyes of the Hermanos Mayo, who were Braceros themselves.

The exhibit is centered on six themes that reflect the different stages of their journey. Each theme includes a selection of photographs that focus on the individuals as they travel, work, and protest. The photographs featured were all taken by the Hermanos Mayo. The workers came to the United States expecting generous pay and humane working conditions- but these expectations were rarely met.

From 1942 to 1964, 4.6 million contracts were signed, making it the largest US contact labor program. Due to current debates on immigration, the history of this program is seeing renewed attention in recent years.

Visit the exhibit in the Scholars' Commons between now and February 4, or if you'd like to learn more you can select from the additional resources below.

This exhibit was made possible in part by our partners at CLACS. We appreciate the loan of the striking Bracero prints. Does this exhibit look familiar? It was previously displayed in part at the Waldron Arts Center at Ivy Tech.

Mraz published collections of the photos taken by the Hermanos Mayo, in both Spanish and English. These are currently in the exhibit case but may be checked out after February 4.

Harvest of Loneliness: The Bracero Program

Documentary available for check out, or streaming, through IU Libraries.

A collection of oral histories and artifacts related to the program.