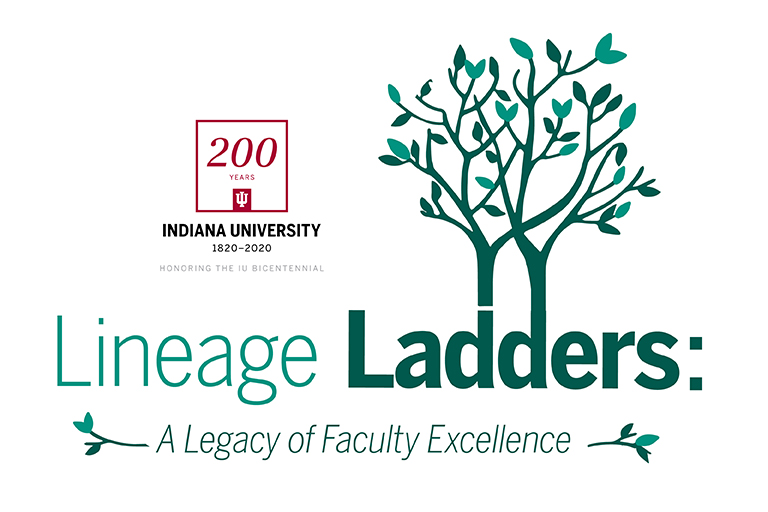 During Indiana University's Bicentennial, IU Libraries and IU Archives celebrate three faculty members who worked throughout their careers to inspire generations of students to follow. Visit three different campus libraries to experience this exhibit in full.

The Education Library, featuring a profile of Frank Lester, Jr.

The Sciences Library, featuring a profile of Esther Thelen.

The Herman B Wells Library Scholars' Commons, featuring a profile of Alma Eikerman.

Dr. Lester, an IU Chancellor’s Professor, taught Mathematics Education for the School of Education from 1972-2008. His primary research interests centered around mathematical problem solving and metacognition, especially with respect to problem-solving instruction at the elementary and middle school levels. Among his more than 100 publications are 10 books and book series that demonstrate his commitment to transforming research results into practice.

Although his research attained international distinction and will be spotlighted in the Education Library, this exhibit also seeks to visually represent the learners whom he directly advised and mentored during their doctoral dissertation research. Throughout the Fall 2019 term, the display will expand beyond naming those whom he advised to also feature his scholarly descendants.

After spending a few years as an assistant professor at the University of Missouri, Thelen came to Indiana University Bloomington as a full professor of psychology in 1985. While at IU, she founded and directed the Infant Motor Development Laboratory, where she and her colleagues studied infant movement, perception, and cognition. With a research output that included three books and over 120 scientific articles and chapters, Thelen made many revelations about infant motor development that influenced scholarship in fields as diverse as pediatric physical therapy, neuroscience, computer science, robotics, and kinesiology.

Alma Eikerman earned her B.S. at Kansas State College in Emporia, Kansas, after which she taught art and music in public schools in Pratt and Winfield, Kansas from 1934 to 1940. She began her graduate studies at the University of Kansas and eventually transferred to Columbia University in New York, where she graduated with an M.S. in 1942. During World War II, she was stationed with the American Red Cross in Italy from 1944 to 1945.

In 1947, Eikerman came to Indiana University as an Assistant Professor, where she developed the Department of Fine Arts metals program. Besides teaching, she traveled extensively to study with other artists in Europe, and she was also a well-recognized and respected metalsmith whose works appeared in many exhibitions. In 1978, she retired from Indiana University with the rank of Distinguished Professor Emeritus of Fine Arts.

Thanks to the staff at the E. Lingle Craig Preservation Lab for their assistance and consultation on this exhibit.