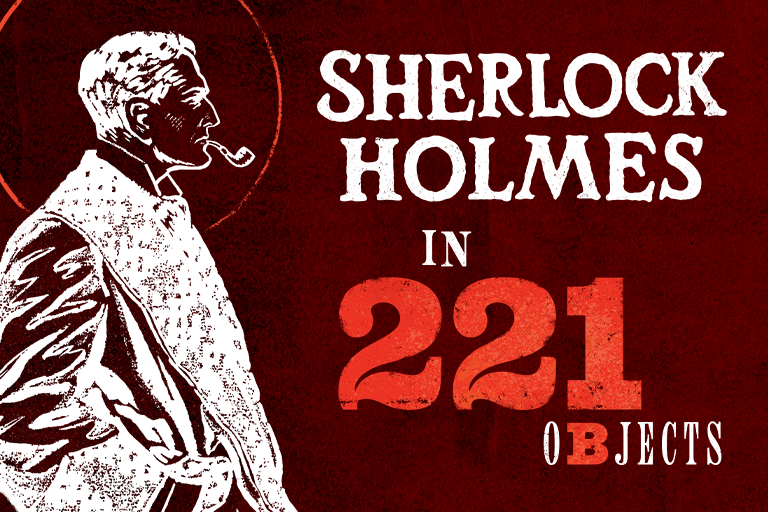 Since his first appearance in 1887 during the 50th year of Queen Victoria’s reign, Sherlock Holmes has been nothing short of a literary juggernaut. The Great Detective who dazzled 19th-century readers is just as alive for their 21st-century counterparts.

Sherlock Holmes in 221 Objects draws upon the Sherlock Holmes collection of Glen S. Miranker, rich in bibliographic rarities, manuscripts, books, correspondence, and artwork, all with intriguing stories to tell beyond their significance as literary and cultural landmarks. Named for the address of the detective’s Baker Street lodgings, the exhibition presents items to captivate bibliophiles, Sherlockians, and general audiences.

Though they are not on display, the Lilly Library collections include Sherlockian rarities such as a copy of Beeton’s Christmas Annual for 1887 and original illustrations of Sherlock Holmes stories made by G. K. Chesterton. The Library is also the home of the archives of the Baker Street Irregulars, the literary society dedicated to the study of Sherlock Holmes, Dr. Watson, Sir Arthur Conan Doyle, and the Victorian world.