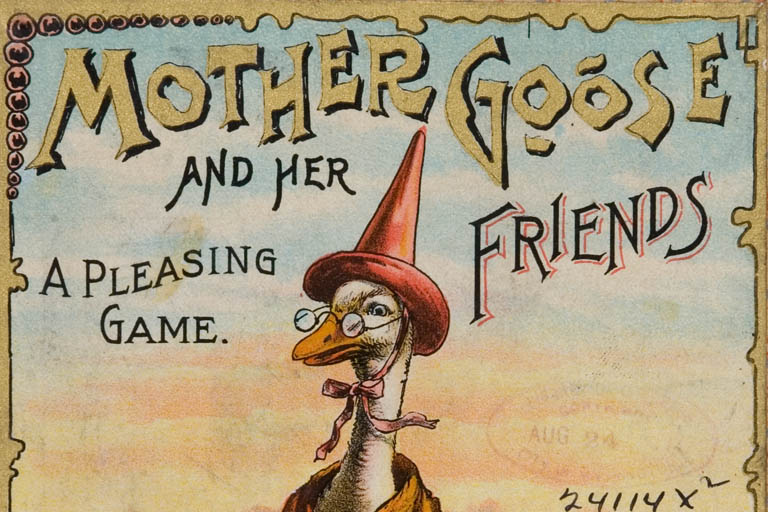 Books and literary characters have always been popular subjects for children's games. Delightful characters from favorite stories, nursery rhymes, fairy tales, juvenile fiction, and popular literary figures could be found portrayed on board and card games across the country. Loosely enforced copyright, as well as a lack of proximity to British and Continental publishing houses, allowed American game companies to 'borrow' from popular literature.

The exhibition concerns children's games in the Lilly Library collection that were inspired by popular literature and literary figures. For each topic, a game is featured alongside selections from the books on which they were based. Subjects include such beloved classics as Mother Goose, Alice in Wonderland, and The Wizard of Oz, as well as more classical works like The Bible and Shakespearian plays.​