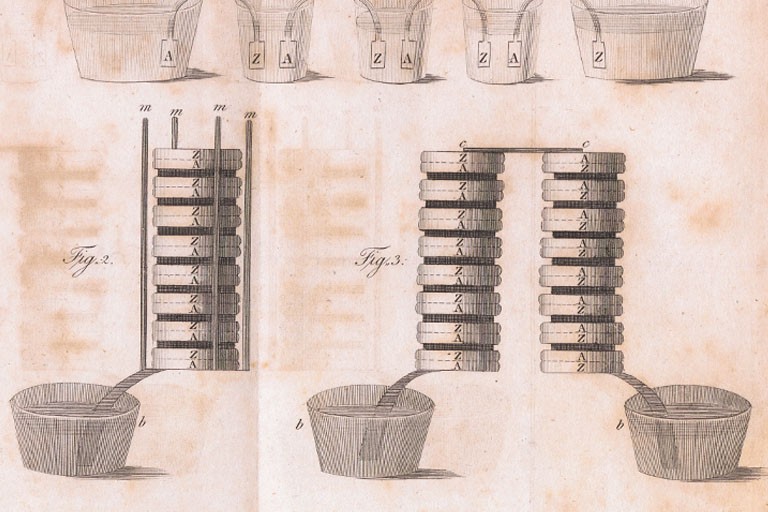 Many great works from the history of science and medicine came to the Lilly Library as part of the original gift from Josiah Kirby Lilly Jr.

Also among the collections are first and early editions of Hippocrates, Malpighi, Pare, Hunger, Jenner, Laennec and Bigelow, as well as scientific landmarks such as original editions of works by Pliny, Euclid, Copernicus, Kepler, Napier, Galileo, Boyle, Newton, Ampere, Pasteur, Faraday and Curie, among others.

The library holds the first printing of Fracastoro’s poem on syphilis (1530); Ramazzini on occupational diseases (1700) and Talgiacozzi on plastic surgery (1597); Withering’s discussion of the medical uses of digitalis in An Account of the Foxglove (1785); and Jenner’s Inquiry into the Causes and Effects of the Variolae Vaccinae (1798).

The collection has grown over the years, thanks to gifts of Dr. Edgar F. Kiser’s medical collection, and the papers of Nobel Prize-winning geneticist Hermann J. Muller, biologist Tracy M. Sonneborn and mathematician Vaclav Hlavaty.

English physician William Harvey (1578-1657) was the first person to accurately describe the circulation of the blood. His 1628 book, De Motu Cordis, described his experiments and observations.

A range of seventeenth-century books on medicine are the focus of this catalogue. Learn about the rise of microscopic anatomy, sophisticated injection techniques, and anatomical experiments that transformed the understanding of the body's structure and organization.

The papers of Nobel Prize laureate Hermann J. Muller illustrate his ground-breaking research into the effects of radiation on mutation. They also tell the story of his life and career, which took him from New York to Texas to Europe in the tumultuous years before the second World War and, eventually, to Bloomington, Indiana.