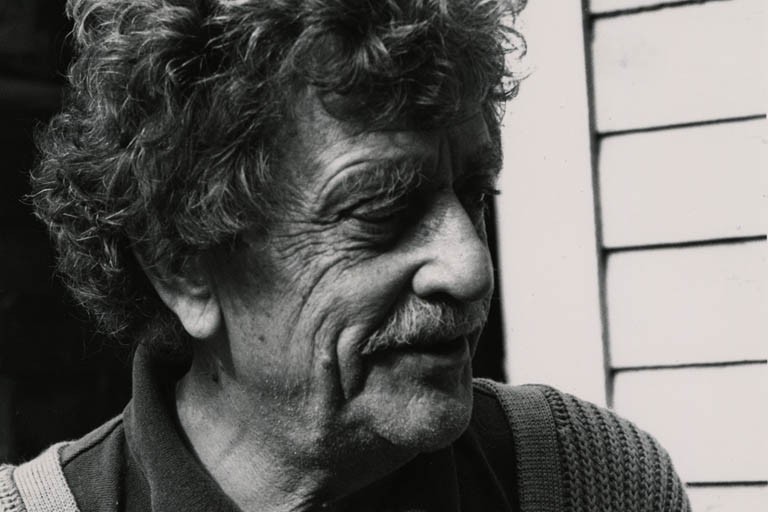 Indiana native Kurt Vonnegut (1922-2007) wrote short stories, novels, non-fiction, essays, and more. His break-through novel, Slaughterhouse-Five (1969) was based on his own experiences as prisoner of war in Dresden, Germany, during the Allied bombings that leveled the city in 1945. Slaughterhouse-Five was a must-read novel of the Vietnam War era, marking Vonnegut as a sad, but wise, advocate of peace and sanity in violent world.

Vonnegut's papers at the Lilly Library are found in several collections, including: Vonnegut mss. holds the bulk of his writings and correspondence. Vonnegut mss. II are letters he wrote to his youngest daughter, Nanette, known as Nanny.

The papers of author Kurt Vonnegut span his entire career, from early rejection letters to his masterpiece Slaughterhouse-Five and beyond.

A beautifully produced 2007 exhibition catalogue, now out of print, provides a survey of the Vonnegut collection at the Lilly Library.

Description of a collection of magazines and journal with articles by or about Kurt Vonnegut.