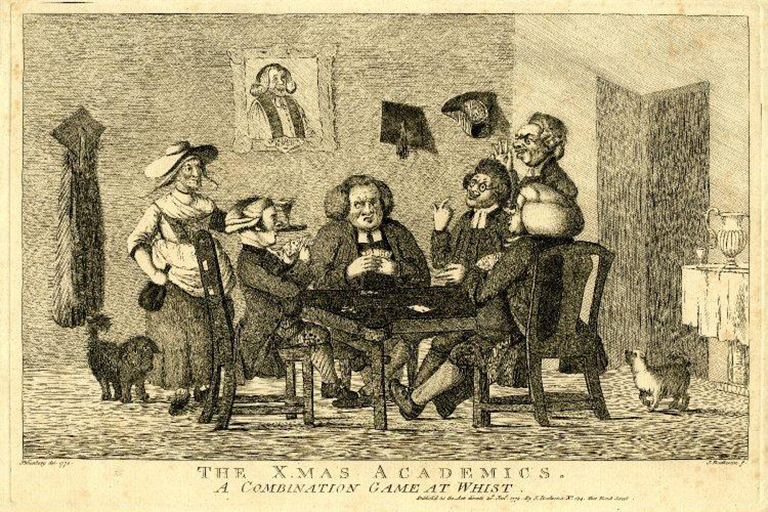 After seeing an online exhibition at the British Museum on using games as a historical lens, Ben Parnin wondered how exploring the game of whist, a "trick taking card game," could teach him more about 18th century Britain. "My biggest takeaway from this exhibit," Parnin relays, "is that games can show us the social history of the past and that historic games allow us to actively interact with the past." 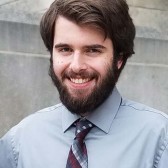 Parnin is a History major at Indiana University Bloomington with minors in Medieval Studies and Game Design and is pictured at right.

In the Fall of 2019, Parnin decided to explore whist and its implications on 18th century Britain in Provost Professor Peter Guardino's K392, the History Department's Honors Seminar. When asked what drew him to 18th century Britain, Parnin stated he enjoyed the time period "because I find it is a period of increased globalization. A decision made in London could impact the politics in India and vise versa."  In addition, the sources were more plentiful than older materials. His favorite source was the satirical play, The Humor of Whist, which he read in the Lilly Library Reading Room, where an original copy existed.

Previously, Parnin had been introduced to the Lilly Library in H270: What is History?  He remembers, "It was my first history class that introduced me to the different IU libraries and resources. I remember as a class we went for a tour of the Lilly Library. During the tour, the librarians showed us several medieval manuscripts. That was when I realized how cool the Lilly Library was because I never expected that in the middle of Indiana that there would be documents dating back to medieval Europe. That class was inspiring because it encouraged me to start to use these resources in my own research. It is also what led me to take HIST-K 392 and write my whist paper because I knew I wanted to conduct more research with primary sources."

In his recommendation of the work, Professor Guardino wrote that Parnin showed "a deep commitment to using resources in unusual ways." Guardino described Parnin's unique research: "Ben used plays, cartoons, newspapers, and whist manuals, and he analyzed their content in the light of the social and cultural changes brought to British society by the Enlightenment, commercialization, and industrial capitalism."

The Sam Burgess Undergraduate Library Research Award was initiated in 2006 by retired IU Librarian Jo Burgess. Named after her son, a voracious reader and learner full of curiosity, the award is given to one undergraduate each year who demonstrates extraordinary skill and creativity in the application of services and collections of IU Libraries.

Parnin proudly commented on the wonderful undergraduate research happening on campus. He says, "I was really excited to see my paper was selected from that pool of research. I have great respect for all the IU libraries and archives on campus and the resources they provide students and the public."

Parnin’s work will be placed in ScholarWorks later this summer. You can read past years’ research there currently.

Parnin's research discussed whilst's evolution from being seen as immoral in British society to one of intellect and cunning, played by the aristocracy.  Using society's reactions to whist, Parnin describes what was happening with common folk, women, and the nobility. Social class, clubs, religious figures, and gender all played into 18th century's interpretation and manipulation of this common card game.

Though whist is still played by pockets of people here and in Britain, Parnin says other card games have taken its place. He adds, “Since conducting this research I have taught myself and my family the game and we find it a great game to play. I recommend it for anybody interested in card games.”