Many authors cite Lilly Library materials in their books, but some authors write catalogues or bibliographies focusing only on Lilly Library collections. Here are the most important titles.

Frankenstein 200: The Birth, Life, and Resurrection of Mary Shelley's Monster 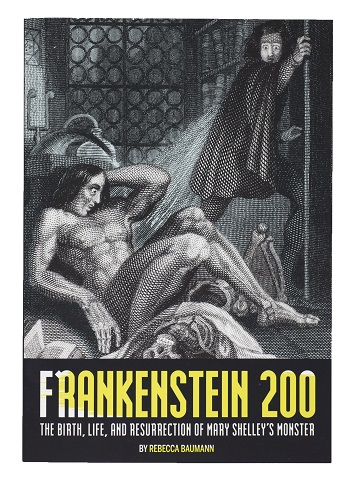 In celebration of the two hundredth anniversary of the publication of Frankenstein, the Lilly Library at Indiana University presents Frankenstein 200: The Birth, Life, and Resurrection of Mary Shelley’s Monster. This beautifully illustrated catalog looks closely at Mary Shelley’s life and influences, examines the hundreds of reincarnations her book and its characters have enjoyed, and highlights the vast, deep, and eclectic collections of the Lilly Library.

Rebecca Baumann is Head of Public Services at the Lilly Library of Indiana University and adjunct faculty with the Department of Information and Library Science. Baumann is obsessively passionate about sharing the library’s eclectic and wide-ranging collections with visitors of all sorts. Her research interests center on the history of the book, with special emphasis on 19th- and 20th-century British and American science fiction, horror, crime, and pulp. She considers herself a defender of weird books and a friend to all monsters.

Read a Lilly Library copy of this book or check out a Wells Library copy. Buy a copy through IU Press ($25).

Gilding the Lilly, A Hundred Medieval and Illuminated Manuscripts in the Lilly Library 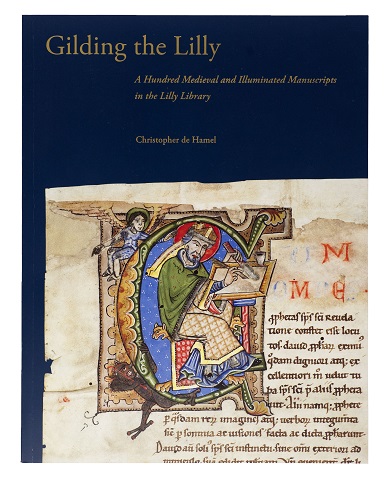 Published in honor of the 50th anniversary of the Lilly Library, Gilding the Lilly uses manuscripts held at the Lilly Library to tell the story of European book production, art, language, and literature covering 1,000 years from the seventh century to the high renaissance. The result is a graphic and engaging narrative of the survival and dissemination of culture in the pre-industrial world. Author Christopher de Hamel notes that "many of the manuscripts are described here for the first time, and include items of extreme rarity and delicate beauty."

Read a Lilly Library copy of this book or check out a Wells Library copy. Buy a copy by contacting the library.

Lilly Texana: One Hundred Eighty Broadsides and Other Ephemera Relating to Texas, Printed and Published in Mexico before 1849 in the Lilly Library of Indiana University 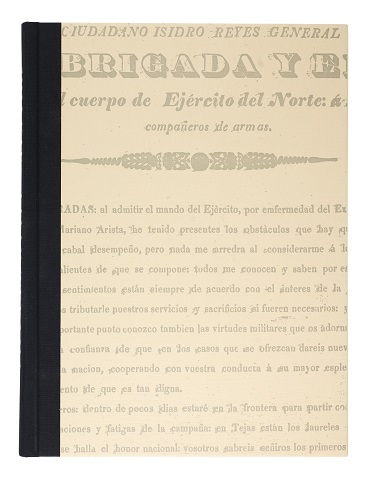 Lilly Texana: One Hundred Eighty Broadsides and Other Ephemera Relating to Texas, Printed and Published in Mexico before 1849 in the Lilly Library of Indiana University, by Everett C. Wilkie, Jr., describes a significant body of materials in the Lilly Library's collections pertaining to Texas history that until now has been generally unrecognized or not reported to exist in the copy described. Most of the included items are not found in Thomas Streeter's seminal Bibliography of Texas, the primary work in this area, or in other sources. Several entries represent the discovery of another copy of an item that Streeter believed to exist in only a single example.

In his preface, Wilkie notes: "I was personally excited, for example to find a 28 May 1836 broadside announcing that the citizens of San Luis Potosí had opened a subscription to support the Mexican army in Texas and a similar 2 August 1842 broadside from Zacatecas, both previously unidentified items. Such deeply personal reactions on the part of the Mexican populace are rarely encountered in print." Also included are several previously unrecognized imprints by Samuel Bangs, Texas's first printer; rare documents relating to the Texas Santa Fe Expedition; dozens of decrees and laws relating to the Texas Revolution; and publications documenting the Mexican-American War, whereby Mexico lost all hope of possessing Texas.

Wilkie, an independent scholar, received his PhD and ML from the University of South Carolina. He is the co-author of The French Image of America: A Chronological and Subject Bibliography of French Books Printed before 1816 Relating to the British North American Colonies and the United States and has published numerous articles and other writings in the field of Americana bibliography and history. In the early 1980's, he was the Lilly Library's reference librarian.

The 110 pages of text include seven illustrations in addition to 96 full page color plates; all entries are completely illustrated in high resolution color images on two DVDs that accompany the book. Designed by Bradley Hutchinson of Digital Letterpress in Austin, Texas, the book is available either in soft cover or case bound. The press run was 350 copies.

Read a Lilly Library copy of this book in the Reading Room. Buy a copy by contacting the library.