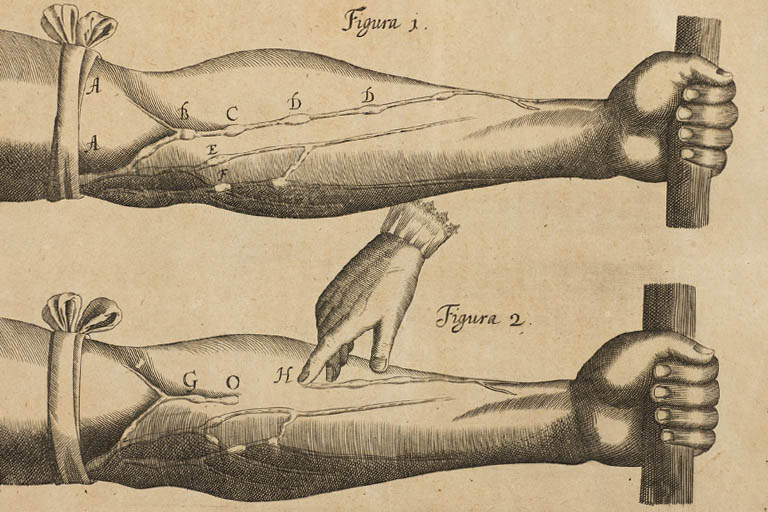 Alongside William Harvey's discovery of the circulation of the blood, the 17th century witnessed major medical innovations such as the rise of microscopic anatomy, sophisticated injection techniques, and anatomical experiments that transformed the understanding of the body's structure and organization. Anatomia Animata, a phrase from the 17th century, refers to vivisection, but also alludes to the sense of animation that can be seen in many of the striking images of anatomical and medical books on display in this exhibition. These texts, alongside the Lilly's larger collection of medical texts throughout time, make Lilly Library one of the premier libraries in the history of medicine in the country.