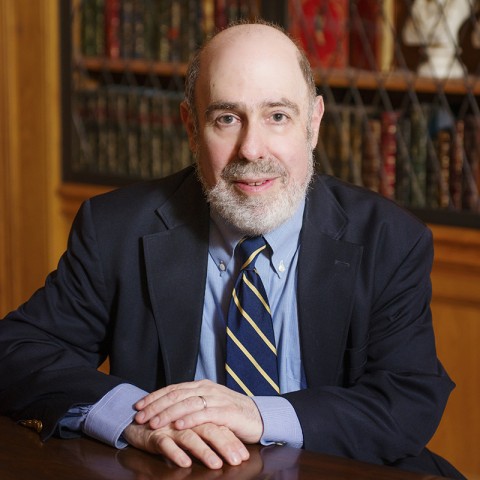 Appointed as the director of the Lilly Library in 2013, Joel Silver has served in a number of capacities at the Lilly prior to taking on this new role. He began his long-standing career with the Lilly Library in 1983 and has served as head of public services, curator of books, associate director, and interim director for two separate appointments. In addition, Joel is an adjunct associate professor and director of the special collections specialization in the IU School of Library and Information Science and an adjunct faculty member in the Department of English. He also serves as a faculty member at the Rare Book School at the University of Virginia.

An undergraduate English major at the University of California, Los Angeles, Joel went on to earn his Juris Doctor from Whittier College School of Law and his MLS at Indiana University.

Joel has also made significant academic contributions with his scores of published articles, multiple books and numerous exhibition catalogs. He has a distinguished record as a lecturer and leader of rare-books-related workshops, and he has curated many exhibitions at the Lilly Library, including “The Reign of Charles II,” “J.K. Lilly, Jr.: Bibliophile,” “English Renaissance Prose” and “Five Centuries of Music.” His most recent book, “Dr. Rosenbach and Mr. Lilly: Book Collecting in a Golden Age,” was published by Oak Knoll Press in 2011.