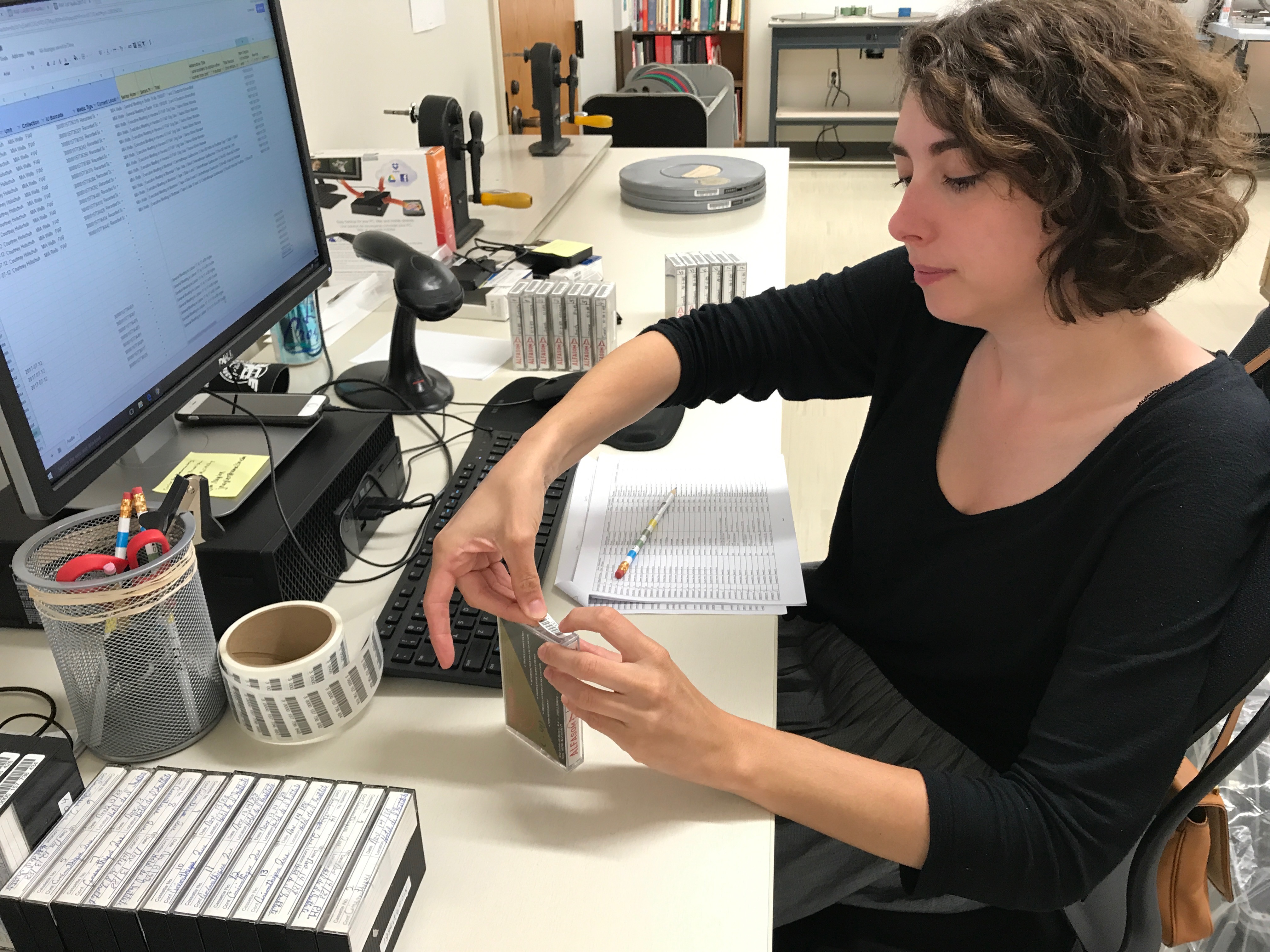 The Indiana University Libraries Moving Image Archive is a member of the venerable International Federation of Film Archives (FIAF). To honor FIAF's founding 80 years, the Moving Image Archive and FIAF collaborated on a project digitizing all of the audio tapes of FIAF symposia, general assemblies, and executive committee meetings. They are being released today in celebration of the 2018 World Day for Audiovisual Heritage.

These recordings tell the institutional history of FIAF and document major moments in the development of film preservation such as the rediscovery of  early cinema which transformed media studies in the 1980s and 90s, and the response to digital cinema at the turn of the century.

The 648 audio tapes were recorded from 1976 to 2006 and were originally on 1/4" open reel and cassette tapes. Recordings older than 25 years old can be listened to at the FIAF site or at the Moving Image Archive's page.

You can read more about this project through the FIAF news release, or contact FIAF's Christophe Dupin (c.dupin@fiafnet.org) or the IU Libraries Moving Image Archive Director Rachael Stoeltje (rstoeltj@indiana.edu).