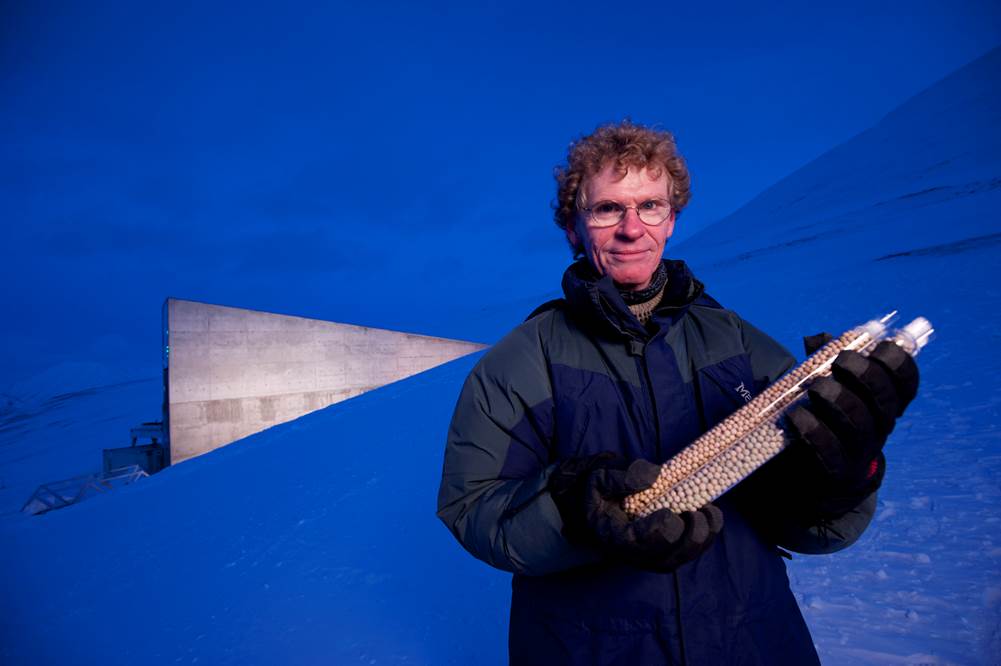 ***IU Cinema will honor a standby line starting at 6 p.m. on March 28. Every patron in the standby line will receive a waitlist number upon arrival and will need to return to the Cinema, lined up in numerical order, by 6:45 p.m. Patrons will be seated on a space-available basis starting five minutes before the screening.**** 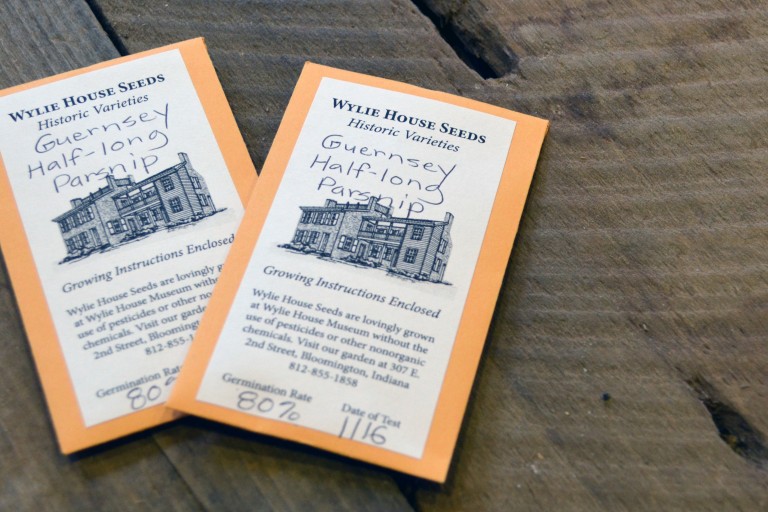 Wylie House Museum, a part of IU Libraries, has long offered hands-on access and learning related to the garden as part of the home economy in the 19th century.

Work at the Wylie House today includes a large garden of heirloom flowers and vegetables, many of which are varieties in danger of disappearing. The garden is a preservation project to search out, propagate and sell seed from the horticultural heirlooms.

Now, Wylie House will expand its impact through cross-campus interactions with Dr. Cary Fowler,  best known as the “father” of the Svalbard Global Seed Vault. He proposed creation of this Arctic facility and headed the international committee that developed the plan for its establishment by Norway. The Seed Vault provides ultimate security to more than 864,000 unique crop varieties, the raw material for all future plant breeding and crop improvement efforts. He chairs the International Council that oversees its operations.

In particular, all members of the local and university communities are invited to a screening on the documentary of his work, "Seeds of Time," shown in partnership with IU Cinema on March 28 at 7 p.m.  Dr. Fowler will attend the screening and offer a Q&A immediately following. This is a free, but ticketed event and expected to quickly reach capacity.  Order tickets through IU Cinema. (members of the media interested in attending should contact IU Libraries Director of Communications, Michelle Crowe for tickets) 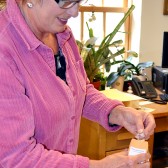 In 2005 Dr. Fowler was chosen to lead the new Global Crop Diversity Trust, an international organization cosponsored by Food and Agriculture Organization of the UN (FAO) and the Consultative Group on International Agricultural Research (CGIAR-World Bank). The Crop Trust’s mandate was to develop a rational and effective international system for conserving crop diversity, in perpetuity. During his tenure, he built an endowment of $130 million and raised an additional $100+ million (including the first major grant given for agriculture by the Gates Foundation) for programs to conserve crop diversity and make it available for plant breeding.

Prior to leading the Global Crop Diversity Trust, Dr. Fowler was Professor at the Norwegian University of Life Sciences in Norway. He headed research and the Ph.D. program at the Department of International Environment and Development Studies.  The U.N.’s FAO recruited him in the 1990s to lead the team to produce the UN’s first global assessment of the State of the World’s Plant Genetic Resources.  Following this, Dr. Fowler served as Special Assistant to the Secretary General of the World Food Summit (twice) and represented the Consultative Group on International Agricultural Research (CGIAR/World Bank) in negotiations on the International Treaty on Plant Genetic Resources. and, he represented Norway on the Panel of Experts of the Convention on Biological Diversity.

Cary Fowler studied at Simon Fraser University in Canada where he received a B.A. degree. He earned his Ph.D. at Uppsala University in Sweden with a thesis on agricultural biodiversity and intellectual property rights. Dr. Fowler has lectured widely, been a visiting scholar at Stanford University and a visiting professor at the University of California – Davis. He is the author or co-author of more than 100 articles and several books including the classic Shattering: Food, Politics and the Loss of Genetic Diversity, Unnatural Selection, Technology, Politics and Plant Evolution and The State of the World’s Plant Genetic Resources.

Dr. Fowler currently serves on the boards of Rhodes College, the NY Botanical Garden Corporation, the Lillian Goldman Charitable Trust and Amy Goldman Charitable Trust. He remains associated with the Global Crop Diversity Trust as Special Advisor. He is a former member of the U.S. National Plant Genetic Resources Board and former board and executive committee member of the International Maize and Wheat Improvement Center in Mexico. He has served as chair of the National Livestock Conservancy.

He has been profiled in various major media: The New Yorker, CBS 60 Minutes, New Scientist, and Wired Magazine, and is the subject of an award-winning feature length documentary film, Seeds of Life. He has given a TED Talk, lectured widely at universities, and given hundreds of TV, film, radio, and print media interviews