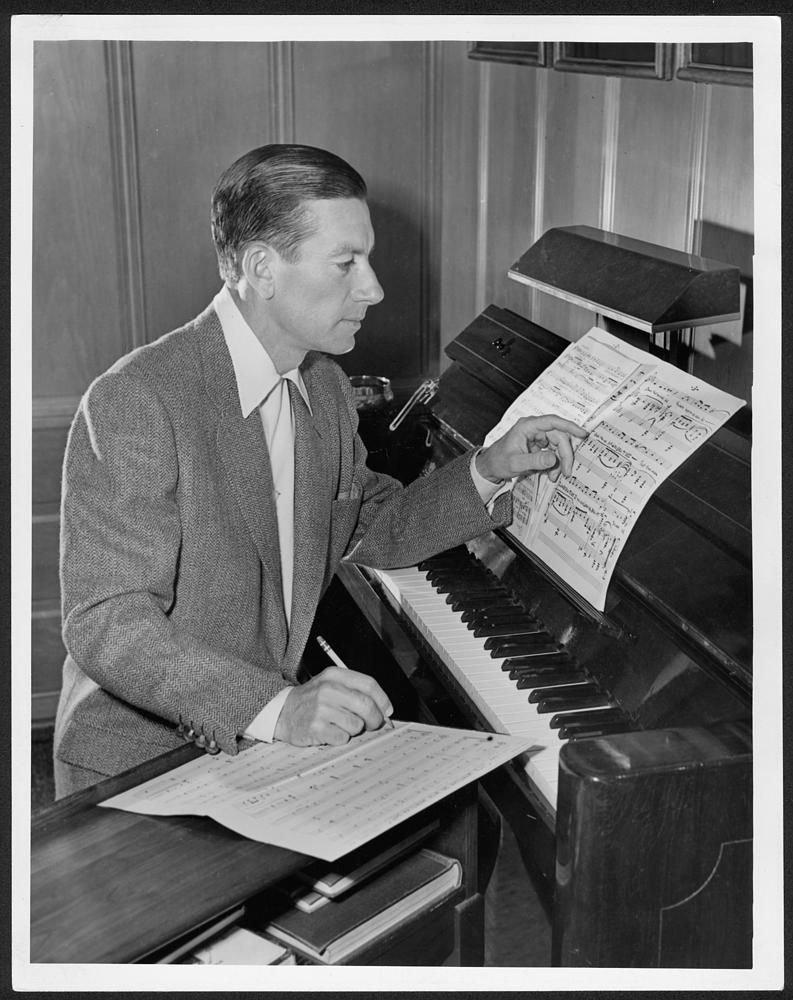 The National Film Preservation Foundation has awarded funding to the Indiana University Libraries Moving Image Archive to restore two home movies that capture the daily lives of Hoagy Carmichael and his wife, Ruth, in the 1930s.

Carmichael, a Bloomington native and IU graduate, composed many classics from the great American songbook, including “Stardust,” Georgia on My Mind,” “Lazybones” and “Heart and Soul.” He found success in Hollywood as a songwriter and as an actor in films such as "The Best Years of Our Lives."

The home movies, made in 1937 and 1938, after the Carmichaels moved to California, portray the non-stop entertaining that characterized classical-era Hollywood. By 1937, the film industry was finally bouncing back from the depths of the Depression and a wild exuberance had consumed the movie capital. Carmichael described the Hollywood of that era as a boomtown with “a thousand wildcatters hitting oil at once.”

The original home movies, made using Kodachrome color film, are too fragile to project and the early Kodachrome color has faded, losing its original vibrancy. “The $12,500 grant will enable preservation experts at Colorlab, a motion picture lab in Maryland, to digitally restore lost color and create new film prints, returning these important artifacts of 20th century pop-culture to something closer to what the Carmichaels would have seen in 1938,” said Rachael Stoeltje, head of the Moving Image Archive.

The new restoration prints will allow for their public screenings in cinemas for the first time ever. Once the restoration is complete, expected to be in 2016, IU Cinema will screen the home movies as part of a five-year celebration of Hoagy Carmichael's life, music and films.

These movies show the Carmichaels enjoying the Hollywood lifestyle of drinking, dancing, playing tennis and visiting with famous people. Actor George Sanders passes through in a top hat and tails, shooting a bow and arrow. The friends watch a horse race with Oliver Hardy and wander through William Randolph Hearst's castle near San Simeon, Calif., with Jimmy Stewart. On Christmas Eve 1937, domestic staff place presents around the tree while Hoagy wears a Santa mask. An inter-title card reads “All Front and No Squirt” as a visibly pregnant Ruth waters the plants around their home.

This restoration is a collaborative project with the IU Archives of Traditional Music, which holds an extensive Carmichael collection. In 1986, the Carmichael family donated his archives, piano and memorabilia to the university. The collection includes more than 750 recordings featuring Carmichael as composer or performer, as well as films, photographs, lyrics, original manuscripts, correspondence, scrapbooks and other personal effects.

The Indiana University Libraries Moving Image Archive is the largest film archive within an American university library. It holds more than 70,000 rare and unique educational, classic, and locally made films.

This is the third preservation grant awarded to IU Libraries Moving Image Archive from the National Film Preservation Foundation. The previous grants covered restoration of home movies of director John Ford, in collaboration with the Lilly Library; and "The Masters of Disaster," a 1985 film about a championship chess team from an inner-city school in Indianapolis.