All IU Bloomington library buildings are closed until further notice. We are still here to help: learn about virtual library services. 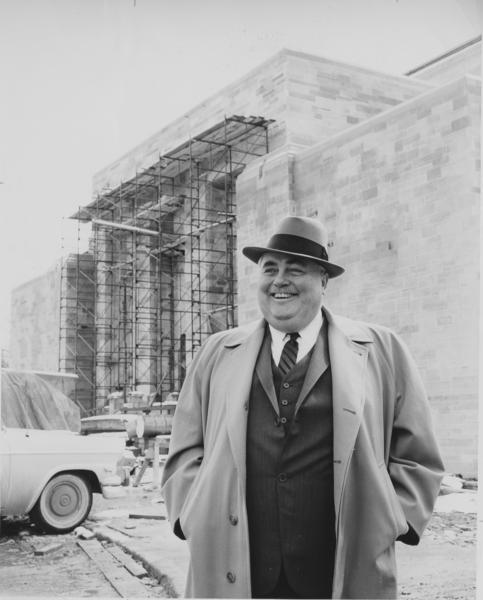 The Indiana University Libraries Moving Image Archive (IULMIA) and University Archives are proud to announce the launch of Herman B Wells Home Movies! Built around the 23 reels of home movies found in the personal papers of Herman B Wells held at the University Archives and digitized by IULMIA, the new website presents Wells’ personal recordings of his family, IU, and his travels from the late 1930s into the early 1950s.

At the beginning of the project, the only known details of the films were the short scrawls written on the film containers, such as “Mexico Train #1,” “Part 1 of 3,” or completely unlabeled, such as “Unknown #3.” Thanks to the diligent work of Department of History intern Jennifer A. Tucker, we now know that “Unknown #3” is invaluable footage of the dedication of the University’s service flag outside the Indiana Memorial Union on August 22, 1943. Jennifer’s excellent research also helped determine the locations documented in the reels Wells took on his travels to Mexico in 1940,  South America in 1941, postwar Germany, and Camp Brosius, a summer camp in Wisconsin associated with IU.

Many thanks to Jennifer for her hard work on this project and also to John Summerlot, Jason Baird Jackson, and Eric Sandweiss for their invaluable expertise and input on the film subjects.