Frankenstein 200: The Birth, Life, and Resurrection of Mary Shelley's Monster 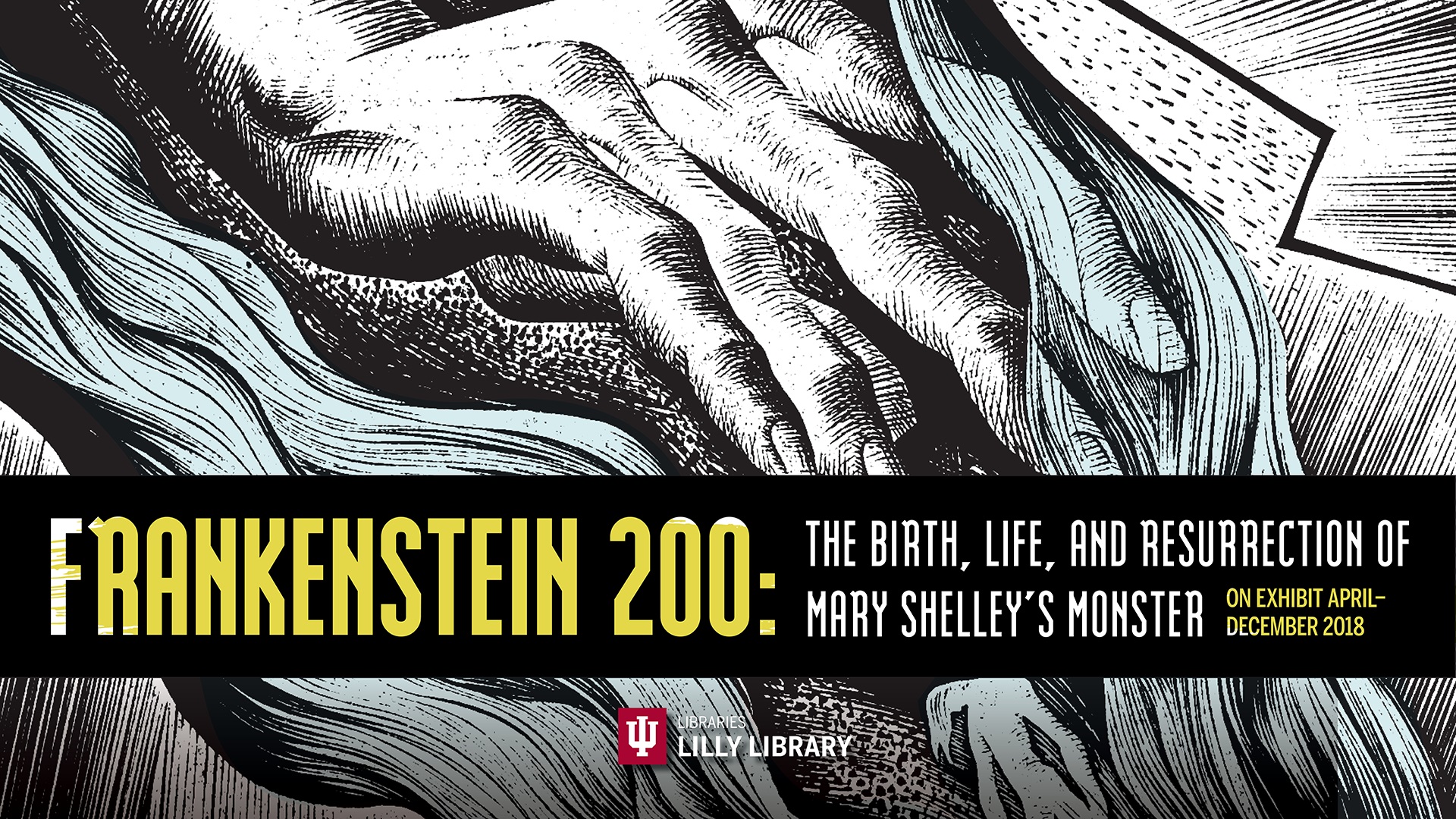 Two hundred years ago, a novel was published anonymously that introduced the world to one of our most feared and beloved monsters: the unnamed creature made and abandoned by Victor Frankenstein. Our new exhibition celebrates Frankenstein’s monster and the rebellious and brilliant young woman who created him: Mary Shelley. The centerpiece of the exhibition is our rare and stunning copy of the 1818 first edition of Frankenstein in contemporary boards.

The exhibition focuses on the way in which Frankenstein was monstrously and magically stitched together from other books. Mary Shelley, almost from her birth, was a voracious reader, and Frankenstein is a mad experiment of piecing together autobiography, travelogue, ghost stories, folklore, and orts of science, philosophy, and poetry that she had read, discussed with her circle of eccentric friends, digested, and repurposed into her own entirely unique intellectual child. The exhibition also highlights the work of Mary Shelley’s parents, William Godwin and Mary Wollstonecraft, and the circle of friends gathered at the Villa Diodati in the stormy summer of 1816 who all contributed seeds to the gestation of the novel: Percy Shelley, Claire Clairmont, Lord Byron, and John Polidori. Within the novel itself, each character is shaped utterly by his or her reading, and our exhibition displays some of the books that molded the novel’s characters as well as its author.

The second half of the exhibition focuses on the way in which Frankenstein has become a nexus, a node, a universe unto itself, spawning and inspiring new texts, new ideas, and new monsters in a dizzying array of configurations that would baffle even the maddest mixer of potions, molder of homunculi, or splicer of genes.