The Fantasy and Folklore of All Hallows 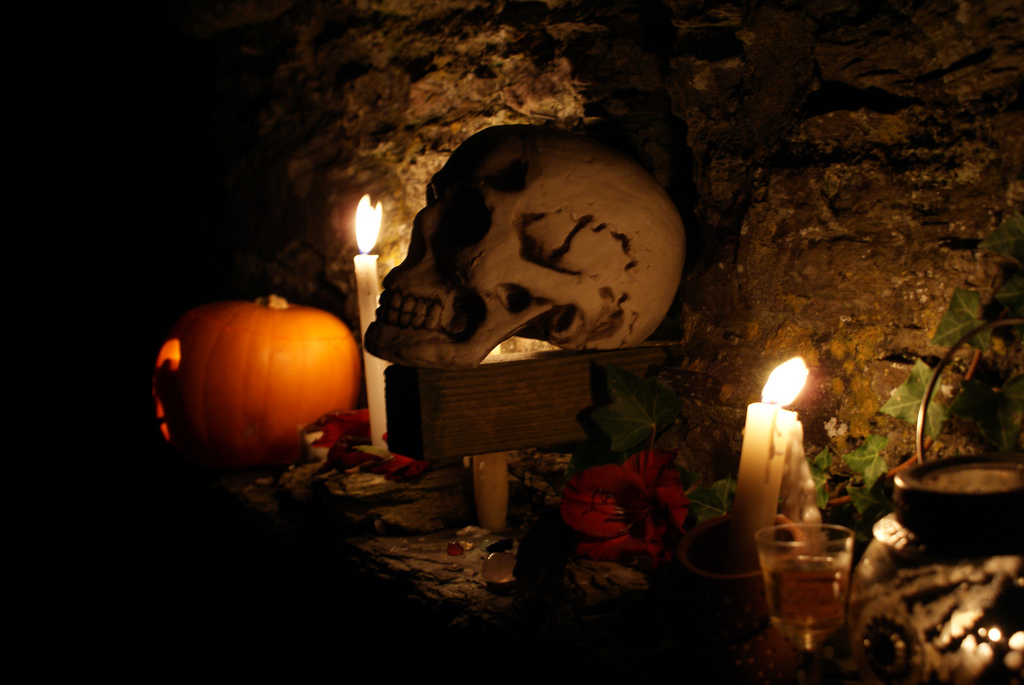 “O Allison Gross, that lives in yon tower
the ugliest witch in the North Country...
She's turned me into an ugly worm
and gard me toddle around a tree...

But as it fell out last Hallow even
When the seely [fairy] court was riding by,
the Queen lighted down on a gowany bank
Not far from the tree where I wont to lie...
She's change me again to my own proper shape
And I no more toddle about the tree.”
-Child Ballad #35

Halloween began as a time in Celtic paganism coinciding with November 1st when the livestock were to be brought in, and which the Celts thought was the time of year when the spirits of the dead made their way into the otherworld. Known as Samhain (pronounced sah-ween), the traditions of giving gifts to the dead and lighting fires persisted even as Christian missionaries converted the Celts. Due in part to the practices set forth by Pope Gregory the First, the Celts were allowed to continue their traditions, but those traditions were redirected symbolically. Thus, All Saints Day was created, to be observed on November 1st as a day to celebrate the martyrs and saints, especially those who had no associated feast day. The spirits, Druids, and supernatural deities of Celtic paganism were declared evil, and as the people converted, theirstatus diminished, but they did not disappear. The traditions of Samhain persisted, albeit with a Christian façade. All Hallows Eve (the day before All Saints Day) was still considered a day of great supernatural activity, and the old Celtic traditions continued.

To learn more about the history and traditions of Halloween, go check out the post written by the American Folklife Center, which can be found here.

Some books on topics related to Halloween: