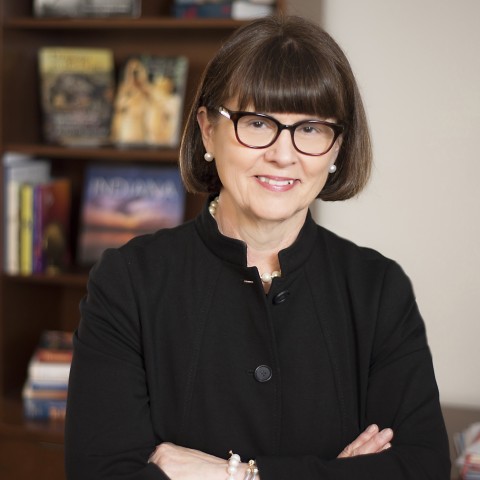 Walters’ career at IU Libraries began in 1987 when she joined Undergraduate Library Services after obtaining her Master of Library Science from Indiana University. In her early career she managed branch libraries, directed collection development, and in 2003 transformed the traditional undergraduate library at Herman B Wells into one of the country’s first state-of-the-art Information Commons, in partnership with University Information Technology Services (UITS). Success in these projects led to her appointment as Director of Public Services in 2004, and then to Executive Associate Dean in 2005. Walters was named the Ruth Lilly Dean of University Libraries by Provost Lauren Robel in 2015.

Partnerships developed by Walters over the last 15 years have resulted in new library units, such as the Moving Image Archive, a growing film preservation repository containing 120,000 items. She has also spearheaded multiple renovations focused on services and spaces to support students and scholars, and expanded the Ruth Lilly Auxiliary Library Facilities to provide superior and substantial off-site storage for the university’s significant collections, including specifically designed space for the growing film collection.  The innovative Institute for Digital Arts & Humanities (IDAH), a model for shared resource management with Office of the Vice Provost for Research, houses its services and staff inside the Herman B Wells Library. Nationally, IU is known as a premier partner in print repository consortiums, thanks to Walters’ early leadership in emerging opportunities.  IU Libraries is the first host of the Big 10 Academic Alliance Shared Print Repository, housing 250,000 volumes in the Ruth Lilly Auxiliary Library Facility.

Walters is an appointed member of the HathiTrust Digital Library Board of Governors, a former chair of the Big Ten Academic Alliance Shared Print Archive program (BTAA SPR), convenes the Council of Head Librarians for Indiana University, and serves on the Association of Research Libraries Digital Scholarship Advisory Group, and Board of Directors for the Academic Libraries of Indiana.