The Architectural Epigraphy of Uzbekistan 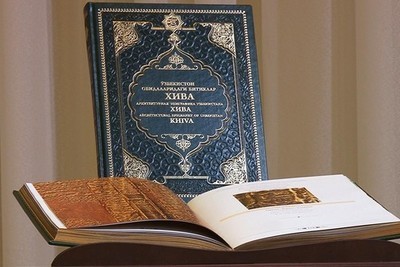 To commemorate the 25th anniversary of Uzbekistan’s independence, the Uzbek government comprehensively studied and summarized the epigraphy of all the architecture and monuments in the country and published them in the series The Architectural Epigraphy of Uzbekistan.

Until now, most of these inscriptions have not been studied or published. Currently 12 volumes have been published with a plan for 25 total. The inscriptions come from monuments from Bukhara, Samarkand, Termez, Khiva and Karshi.  The texts of the original inscriptions in Arabic and Persian are translated into Uzbek, Russian and English.

The more than 1500 inscriptions translated include more than 200 verses, exhortations and wise sayings, 300 religious dedications, 150 chronograms, 100 historical dates and 100 decrees of rulers. You can find the series organized by city in IUCAT.