Academic Style Guides on the Singular Pronoun 'They' 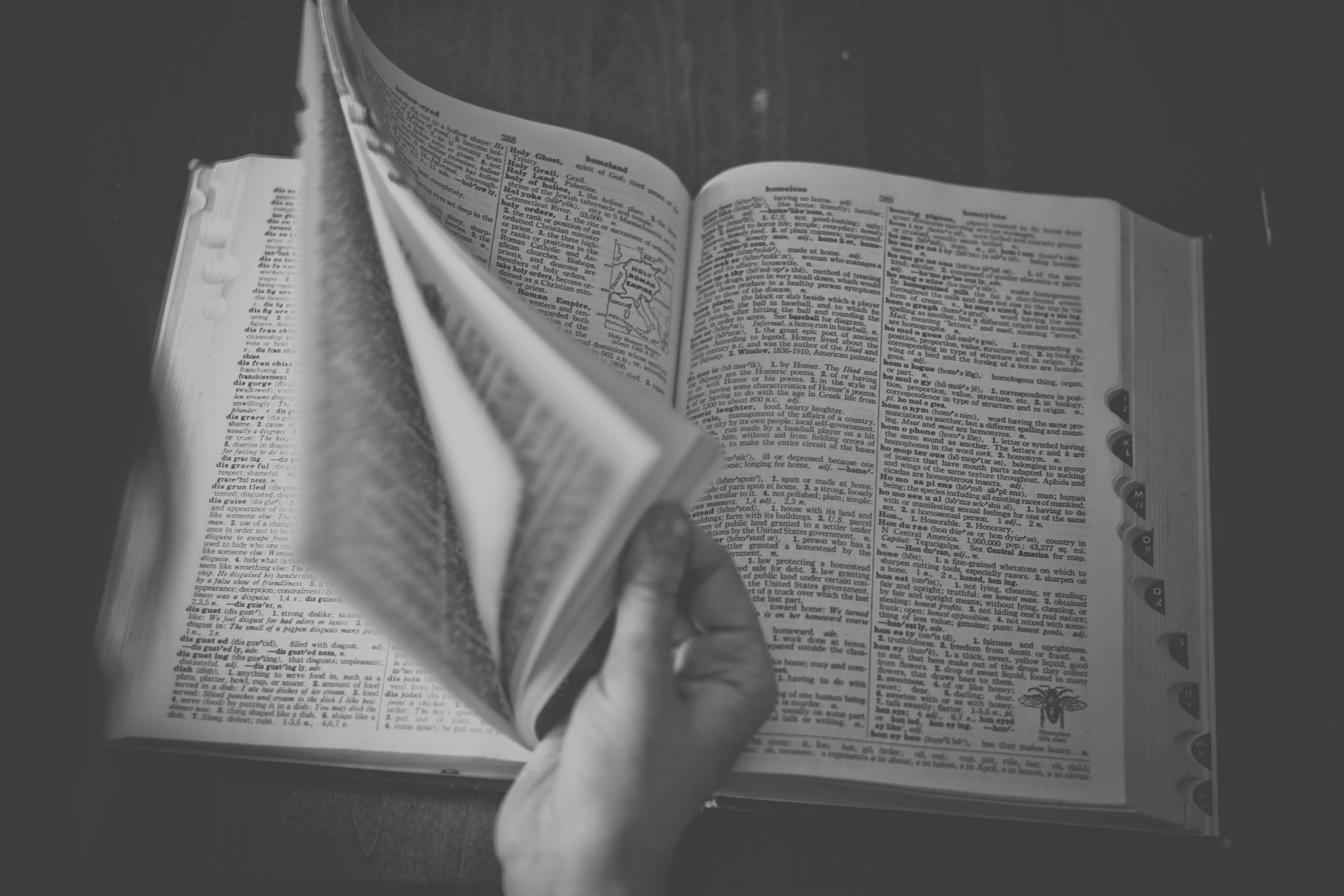 The lack of a gender-neutral third person singular pronoun in the English language has become a significant source of frustration for writers. In English third person singular pronouns include ‘he’, ‘she’ and ‘it’, none of which work well in instances where an individual’s gender is unknown. For example, when referring to “a reader” in a paper, one is not specifically referring to a woman, man, or someone of another gender. The hypothetical reader could fall into any one of these categories, so which pronouns should a writer use when referring back to “a reader”? ‘They’ has returned from hiatus to fill the void, having gained popular and formal support as a singular gender-neutral pronoun; however, amidst approbation vocal opposition has also arisen.

Opponents of ‘they’ as a singular pronoun often take issue on the grounds that this use is a modern invention, yet the use of ‘they’ with a singular referent is not novel. According to the Oxford English Dictionary, the earliest written use of they with a singular referent dates back to the 14th century and is well documented in successive centuries, appearing in the work of notable authors such as Henry James and Lord Chesterfield¹. Nor is the use of ‘they’ as a third person gender-neutral pronoun, the second definition offered by the OED, considered archaic. A caveat that “this use has sometimes been considered erroneous” is offered; however, the position of those who consider it erroneous fails to hold up under close scrutiny.

Despite the well-attested historical use of ‘they’ as a singular pronoun in formal writing, many self-proclaimed defenders of the English language continue assert that this use is erroneous, just as the OED reports, taking grammatical issue with this use. The argument employed states that ‘they’ is a plural pronoun, never a singular one, otherwise issues with agreement in number will arise. ‘They’ agrees in number when employed seamlessly in everyday conversation and was historically used in formal writing as a singular pronoun until, according to Bodine, the prescriptivist grammar movement orchestrated an attack on the singular use, artificially introducing the generic ‘he’ in its stead². Despite the efforts of grammarians to eradicate the singular ‘they’, the form has persisted and is widely used in spoken English to this day.

Resistance to the use of ‘they’ as a singular gender-neutral pronoun in formal writing often runs deeper than historicity or grammatical agreement. In many cases, opposition is symptomatic of one’s attitude towards language change. Opponents of the singular they are often linguistic prescriptivists who consider a language to have one correct form against which others are judged to be incorrect or inferior. The elevation of one form to the status of “natural” or “standard” fails to consider the way in which standards are created and reinforced by groups with political and social power as well as the evolutionary processes undergone by languages. Far from being static, languages are constantly evolving, some at an admittedly faster pace than others, in order to meet the communicative needs of the individuals who speak them. Standardization of written language can be justified to a degree insofar as it allows the widest possible swath of language speakers to understand each other, but sensitivity to language change when creating standards is imperative to best serve the communicative needs of language users.

Language change occurs and style guides are taking note. The use of ‘they’ when respecting a transgender individual’s chosen personal pronouns has become standard practice for two of the giants of academic style, MLA and APA, but how do these bastions of linguistic conservatism rule on the use of the singular they when referring to a subject of unknown or irrelevant gender?

According to Section 3.12 of the Publication Manual of the APA 6th ed., it is important to incorporate gender neutrality into one’s writing and avoid the use of ‘he’ as a universal third person singular pronoun. The practice of alternating between ‘he’ and ‘she’ or using the combination ‘s/he’ when the antecedent’s gender is unknown or unimportant is acknowledged as a possibility; however, the awkwardness of such workarounds is noted. Rephrasing the sentence in order to avoid the necessity of a third person pronoun is preferred to this approach.

Although alternating between ‘he’ and ‘she’ is deemed undesirable on the grounds that they imply a particular gender regardless of neutral intention, ‘they’ is not acknowledged as an alternative. The APA Style Blog, which does not speak with authority comparable to that of the Publication Manual of the APA, did feature a post titled “The Use of Singular ‘They’ in APA Style,” in which the appropriateness of the third person singular ‘they’ for use in APA Style is weighed³.

Utilizing ‘they’ as a third person singular pronoun is deemed unacceptable by the Chicago Manual of Style on the grounds that, despite the widespread use of ‘they’ for this purpose in conversation, the singular use is too informal for formal writing (Chicago Manual of Style online sections 5.227, 5.45, 5.46). This prohibition is rationalized with the explanation that an antecedent must agree with a referent pronoun in number. The manual goes so far as to claim that ongoing attempts to create and normalize gender-neutral pronouns have not only failed historically but are bound to do so, inviting questions of credibility for those who elect to employ them (Section 5.227).

Eschewing the possibility of a third person gender-neutral pronoun, the Chicago Manual of Style suggests that writers achieve gender neutrality through the use of nine techniques which can be found in Section 5.225. Most of these techniques require a degree of circumlocution in order to eliminate gendered pronouns, inviting potential changes in meaning as the Manual notes.

Responses to questions on the Chicago Manual of Style Online’s Q&A pronoun page indicate that the arbiters of style are not responsive to groundswell acceptance of ‘they’ as a third person singular pronoun, cleaving to the explanation that grammatical agreement in number makes such usage impossible⁴.

The eighth edition of the MLA Handbook neither endorses nor disallows the use of the singular ‘they’ and, in fact, it does not explicitly mention it at all. This exclusion is not unusual considering that the MLA Handbook concerns itself primarily with documentation, leaving general grammar points up to the discretion of the author.  This position is underscored in the most recent edition’s emphasis on flexibility and the need to evolve with change. In light of these guiding principles, the use of ‘they’ as a singular gender-neutral pronoun is justifiable in MLA style.

Of the three major styles MLA’s position is most favorable, reflecting a decision to forego ruling on most specific points of usage and allowing writers to make decisions regarding appropriate usage based on their audiences instead.  This position opens the door to the use of ‘they’ as a third person singular pronoun. APA takes a more restrictive position, failing to address the use of the singular ‘they’ in the official style manual and explicitly disallowing its use in a post on the APA Style Blog, though an exception is made for individuals who use ‘they’ to express their gender identity. Chicago rules most prohibitively, not only explicitly decrying the use of the singular ‘they’ but adamantly rejecting the viability of any attempts to recognize a third person singular pronoun. 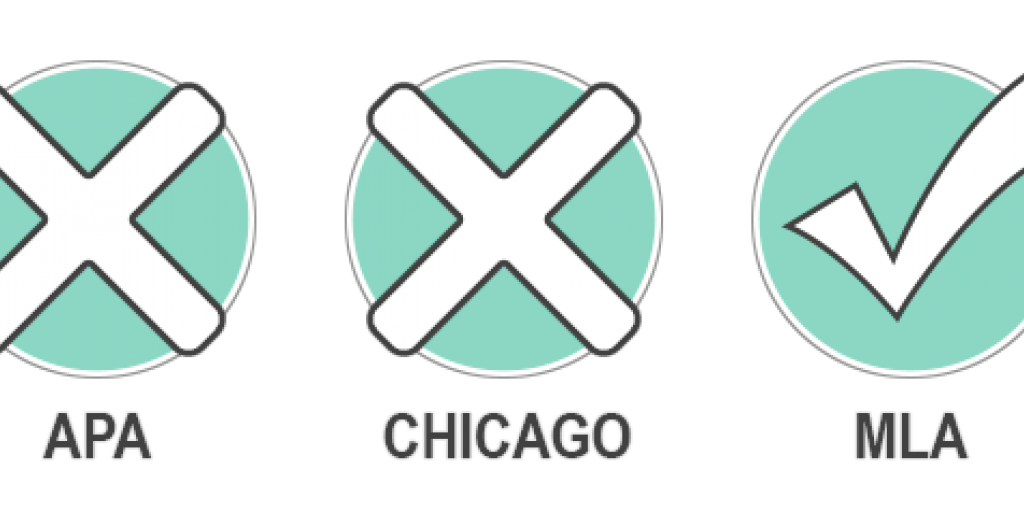 Excepting MLA which focuses more on documentation than general usage to begin with, academic styles exhibit marked prescriptivist tendencies, hesitating to accept the possibility that formal written language can change over time to reflect general usage. Rather than embracing ‘they’ as a gender-neutral third person pronoun, which is both historically attested and employed adroitly by most English speakers, APA and Chicago insist on a variety of workarounds with the potential to obscure meaning in order to achieve gender-neutral language.

The Washington Post’s style guide was updated to embrace ‘they’ as a singular pronoun in late 2015, offering a promising indication that formal acceptance is growing despite the tendency of style guides recognize language slowly. With time the arbiters of academic style may yet set aside their prescriptivist proclivities and admit the utility of the ‘they’ as a third person gender-neutral pronoun.

The Chicago Manual of Style Online. The University of Chicago, 2010, http://www.chicagomanualofstyle.org/home.html. Accessed 21 Oct. 2016.

Everyone Uses Singular 'They,' Whether They Realize It Or Not (NPR, 2016)

Gender-neutral pronouns: When ‘they’ doesn’t identify as either male or female (The Washington Post, 2014)

Sorry, grammar nerds. The singular ‘they’ has been declared Word of the Year (The Washington Post, 2016)

‘They,’ the Singular Pronoun, Gets Popular (The Wall Street Journal, 2015)