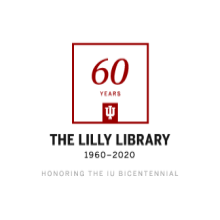 Your curiosity is the key. Use it to open the door to tales told a thousand times and stories still waiting for a voice. Follow your passion to delicate diaries, penciled drafts, and some of the most beautiful and celebrated books ever produced by hand or machine.

At the Lilly Library, knowledge is our treasure and we have spent the last half century collecting it for you. 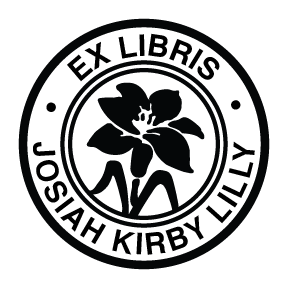 Between 1954 and 1957, Josiah Kirby Lilly, Jr. donated his collection of rare books and manuscripts – widely considered to be one of the finest private libraries in the world - to Indiana University.  As he had envisioned, these 20,000 printed books and 17,000 manuscripts had a transformative effect on the intellectual life of the University, and in turn, the state of Indiana. President Herman B Wells immediately recognized the collection’s profound significance and determined a freestanding library was required to not only care for the materials, but to establish and proclaim IU’s esteemed position as caretakers and curators of the state’s most valuable literary legacy.

Named "The Lilly Library," in honor of the Lilly family, the limestone structure was placed at the heart a growing campus, to serve, along with the School of Fine Arts; the University's Art Museum, and the Indiana University Auditorium, as the University's "Fine Arts Plaza" -- Indiana’s center for the arts and humanities, available to all.

In October 1960, J.K. Lilly and Herman B Wells together opened the doors to the Lilly Library’s collection – a total of some 100,000 printed books and nearly 1,000,000 manuscripts – representing decades of Indiana University effort toward establishing itself as one of America’s vanguard research institutions.  Today, thousands travel through this same threshold to reach the strengthening collections of more than 450,000 rare books and 8.5 million manuscripts.

Known around the world, the Lilly Library is home to collections of cultural and literary artifacts documenting humanity’s highest achievements.   A few of our most famous items include the first printed edition of The Canterbury Tales; many beautifully illuminated medieval books of hours; the Boxer Codex, a unique 16th-century manuscript depiction of the people of the Philippines and Far East; Thomas Jefferson’s personal copy of the first printing of the Bill of Rights; and the personal and fascinating archives of cultural luminaries such as Orson Welles, Sylvia Plath, Kurt Vonnegut, Jr., and Ngũgĩ wa Thiong’o.

As president of Eli Lilly and Company from 1948 to 1953, J.K. Lilly, Jr. is perhaps best known for his role in founding Lilly Endowment, Inc.  A prolific collector and member of the exclusive Grolier Club, he acquired an astonishing 94 of the Grolier “One Hundred Books Famous in English Literature” and donated all of them to IU.  Mr. Lilly’s collection includes treasures such as a First Folio of the works of William Shakespeare, the first printing of the American Declaration of Independence, and the original manuscript of J. M. Barrie’s Peter Pan.

Today, 60 years later, the Lilly Library continues as guardian—both of J.K. Lilly, Jr.’s literary treasures and of Herman B Wells’ vision to share them with the world.

10 things you never knew about the Lilly Library

Visitors often ask us to reveal the “secrets” of the library.

A 2017 Lilly Library blog shared a few little known facts about the library.  Read the extended version here, with photographs.

Pictured here in a painting by C. J. Fox that hangs in the Lilly Library foyer, J. K. Lilly was a collector most of his life. From the mid-1920s until his death, he devoted a great deal of his leisure time to building his collections of books and manuscripts, works of art, coins, stamps, military miniatures, firearms and edged weapons, and nautical models.

Mr. Lilly's range of interests, and the extent to which he realized his collecting goals, were summed up succinctly by Frederick B. Adams, Jr., at the dedication of the Lilly Library on October 3, 1960:

"Mr. Lilly's books cover so many fields that it is difficult to believe that any one man's enthusiasm could encompass them all. It is equally astounding that he was able to acquire so many books of such scarcity and quality in the short space of 30 years. Money alone isn't the answer; diligence, courage, and imagination were also essential. The famous books in English and American literature, the books most influential in American life, the great works in the history of science and ideas--all these are among the 20,000 Lilly books in this building."

In 1993, Lilly Library Director Joel Silver curated an exhibition highlighting J.K. Lilly's collection and authored a companion catalogue. This catalogue, and the exhibition it describes, are attempts to make better known some of the remarkable books and manuscripts gathered by J.K. Lilly, Jr., once collected for his private use, and now enjoyed and studied by so many at the Lilly Library. Additionally, the catalogue provides a glimpse of the collector himself, whose taste, knowledge, and diligence brought together one of the finest groups of books and manuscripts assembled in this century. J.K. Lilly Jr. collected in the fields of American literature, English literature, World Literature, Americana, Science and Medicine. The catalogue concludes with a list of Lilly’s booksellers.

“We are preserving printed materials and manuscript materials that really reflect the cultural heritage of our civilization,” Joel Silver, director of the library, tells Smithsonian.com.

See the Gutenberg Bible, 32,000 3D Mechanical Puzzles and a Lock of Edgar Allen Poe’s Hair at This Rare Library

Only 48 copies of the Gutenberg Bible exist today, both in partial and full form. The book was the first major work produced on a printing press with movable type in 1455—and Indiana University’s Lilly Library in Bloomington, Indiana, has one of its own.

And the Lilly's Gutenberg Bible is just the beginning. The library specializes in ancient and rare works—everything from cuneiform tablets to art bindings of Lord of the Rings. It has non-printed items too—a 32,000 piece collection of 3D mechanical puzzles, one of director John Ford’s Oscars and a lock of Edgar Allen Poe’s hair are also in the archives. But these are just perks; words are the true focus here.

Anyone can come see the collection—you don’t have to be a researcher to pull items from the stacks. Between 4,000 and 5,000 people come in each year to use the reading room.

Pictured above, a page from the First Edition, The Canterbury Tales, Geoffrey Chaucer, one of the Lilly Library highlights found in the Smithsonian.com article.