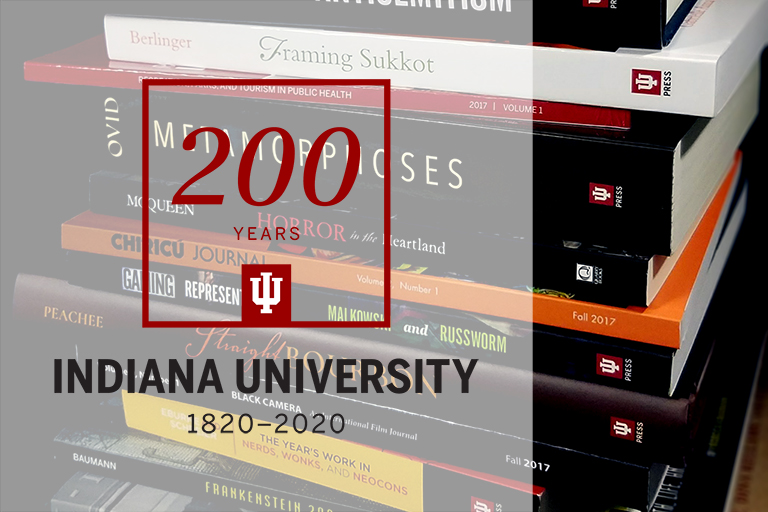 Bloomington, IN – With support from a two-year, $183,000 grant, Indiana University Press will digitally re-issue without charge 163 titles from its backlist into the Manifold Scholarship online platform.  This project is part of the Humanities Open Book grant program led by The Andrew W. Mellon Foundation and the National Endowment for the Humanities.

"As Indiana University Press approaches its seventieth anniversary,” said Gary Dunham, Director of Indiana University Press and Digital Publishing, “we’ve become especially cognizant of the rich history and legacies of our staff’s work since 1950. By opening up and making accessible a notable portion of our backlist, the Humanities Open Book Program makes possible for us to share freely long-unavailable distinguished research and, as important, enrich and even complicate understanding of the history and value of university presses.”

Approximately half of the titles listed for inclusion in the grant share continuity with the Press’s current publishing interests and areas of acquisition. The other half represent the intellectual legacy of the Press and are a radical departure from what the Press publishes today. Subject areas to be featured will include: semiotics, linguistics, Asian Studies, film, folklore, music, and philosophy. Each list will be made available with a new contextual commentary, written by scholars, that will situate the general scholarly subject area within its time.

In 2018, Indiana University Press was selected as one of the participants in the pilot program for the Manifold Scholarship online platform, making it the ideal vehicle to make accessible the digitized backlist of the Press along with new, accompanying commentary. Founded in 1950, Indiana University Press is part of the IU Office of Scholarly Publishing and has been internationally recognized for excellence in scholarly publishing. It produces 140 new books annually, in addition to 40 journals, and maintains a backlist of more than 3,000 titles.

IU Press by the Numbers